The Slow Worm mitigation scheme is now complete. Slow Worms were being rehomed here from a small piece of land about half a mile away that is going to be developed.

The whole process has no doubt been very expensive for the developer and has taken over a year because of hibernation, but 104 Slow Worms have now been released into the ten new log piles that were especially built in the meadows to take them:

After a long summer of transferring the Slow Worms, once the ecologist carrying out the work had visited the redevelopment site five times and found nothing under his sampling squares, he was then able to declare the project complete. But he will still be coming to the meadows to monitor their progress here for a number of years.

Now that the project has been signed off, the developer has made a sizeable donation to a nature conservation charity on our behalf.

We are continuing with our autumn jobs. By far the biggest of these is to give the meadows their annual cut, although many areas are left uncut each year on a rotational basis. The new Slow Worm release area will be completely left alone for this year and then only a third will be cut each successive year.

Another autumn job was to clear vegetation out of the wild pond. Phase One of this job has been done which has resulted in the return of a magnificent but unwelcome visitor, who is after our frogs and newts: 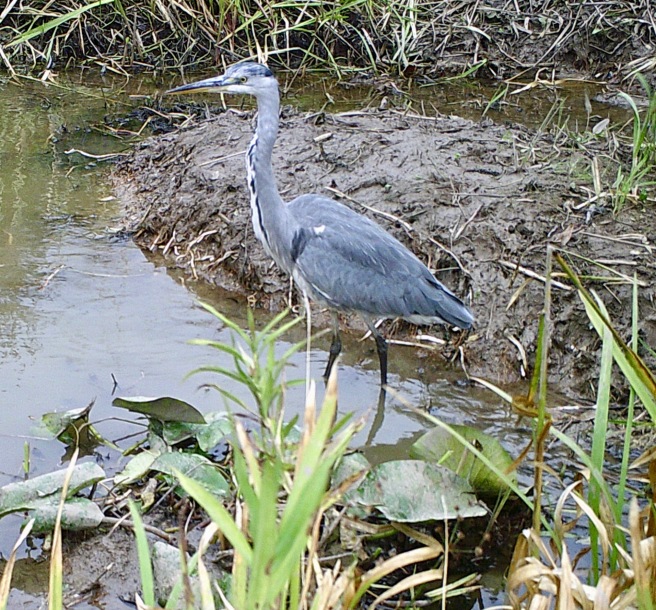 The reeds that were removed from the ponds were stacked nearby, as photographed by the trail camera looking at the baking tray pond:

This stack of reeds, however, has now disappeared underground as the Badgers use it as bedding material: 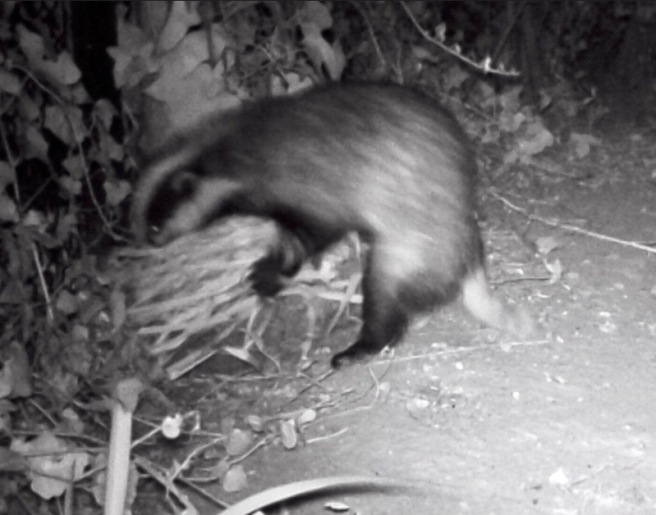 Badgers hunt for food and almost always eat what they find where they find it – they rarely carry food. Their young are suckled until they are old enough to go out foraging with their parents and food is never brought back for them. The only time we have ever seen these Badgers with food is when we occasionally put out eggs and they carry them back to the cliff path to eat:

Here are a couple more photos of Scarface just as it was getting dark. He’s a powerful looking animal: 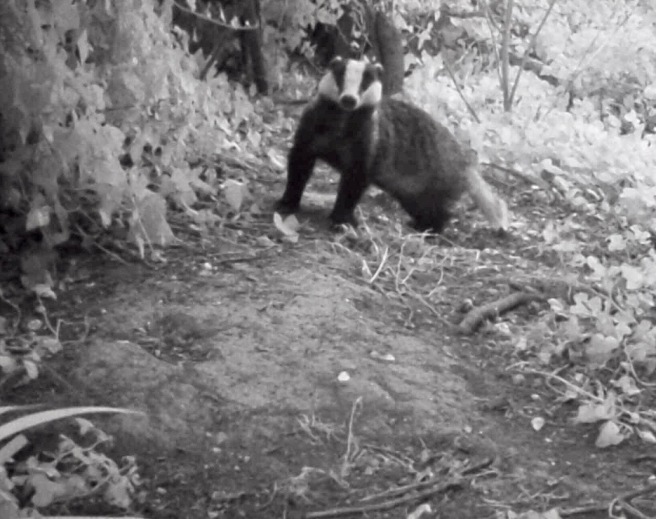 This comedy pose, being demonstrated by one of the female Badgers below, is often used when they they want a jolly good tummy scratch:

A Badger in the wood, who has been digging for worms in the mud:

A Sparrowhawk having a bath in this same wood pond: 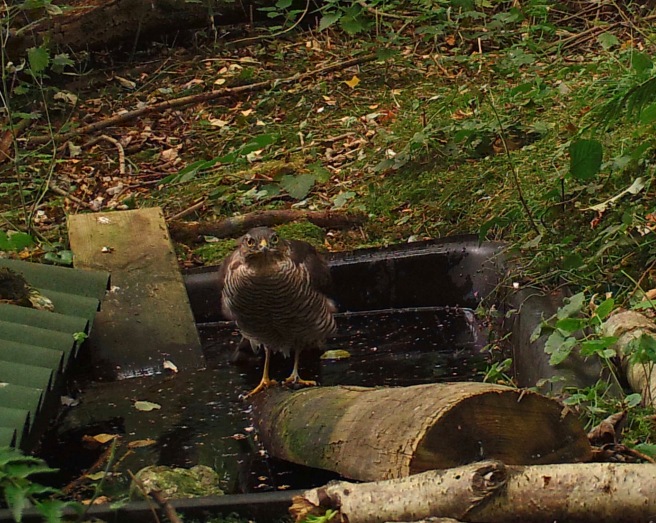 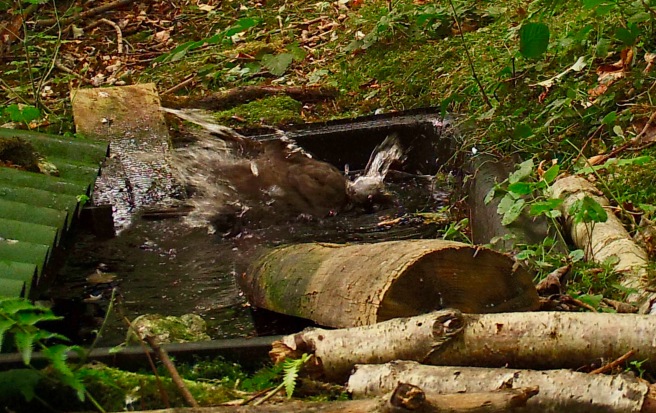 And a Tawny Owl having a bath in the other wood pond:

We recently had a gathering of fellow woodlanders at our wood. We share lots of wildlife between our woods and it is great to also share information and ideas:

Back in the meadows, the Ivy Bees have emerged, beautifully timed to coincide with the flowering of the Ivy:

I have also been photographing Butterflies in iconic autumnal settings:

All of a sudden there are a lot of these Turnip Sawflies (Athalia rosae) around – the very distinctive hunchback shape of them and their bright orange colour makes them unmistakable:

There are still large numbers of Linnets:

A crow looking sweet and cuddly?: 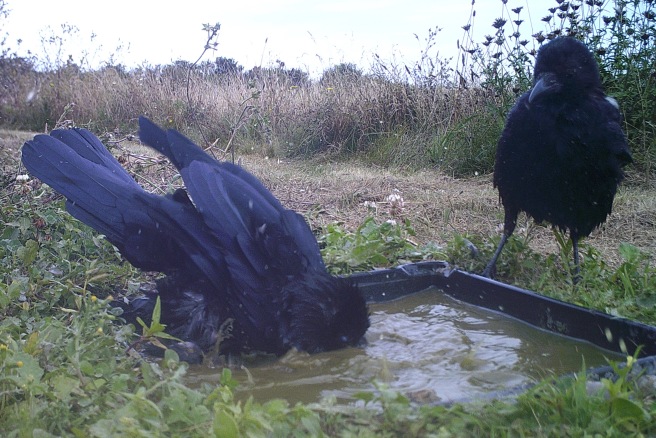 Rarely are Rats seen on the cameras. Perhaps there are just too many predators around. However, one has been appearing recently down by the Badger sett:

And this Fox has the look of leisurely waiting for it to reappear. Love the crossed legs:

I was so excited about this last bit – this year is the ‘Year of the Predatory Fly’ for us. In fact, I don’t think we knew that there were such things as predatory Flies before, but we have photographed several different species here this year and they are really fascinating. Today we saw the creme de la creme of predatory Flies – the Hornet Robberfly (Asilus crabroniformis). It was so shockingly enormous that at first I thought it must be a dragonfly:

I read in my book that they have body lengths of 18 to 28mm and this one had to have been up at the 28mm end of things. It is a rare and declining fly found in scattered parts of southern England, but the distribution map does not show it being found in East Kent.

I didn’t get long to try to get a decent photo of it before it took off with a low, loud buzz and it and its unfortunate prey item were gone – but I did get my picture and I will record this sighting on irecord so that it can be officially logged.