This week has seen the arrival of 6 Spot Burnet moths. Also new are the Essex Skipper butterflies:

The number of Marbled Whites has increased:

and they are one of the most abundant butterflies here at the moment along with the Meadow Brown:

The flowers are covered in Pollen Beetles today: 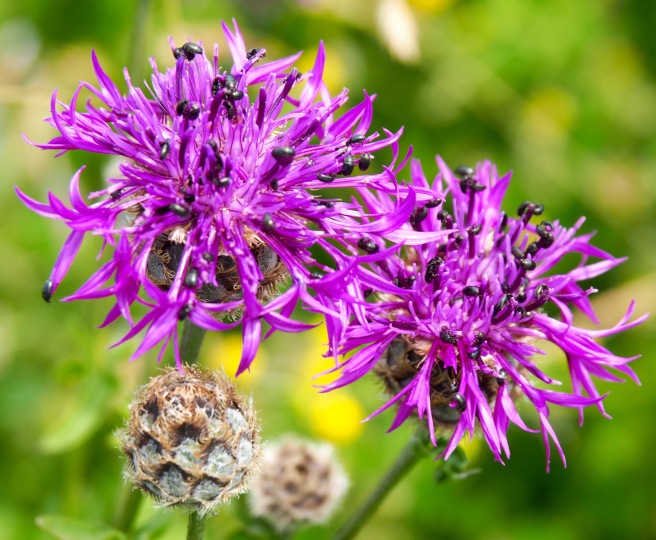 I remember this from last year, too, when they then disappeared as quickly as they came, causing no damage.

Yesterday we had a visit from an ecologist for a couple of hours. He is working for a developer seeking to obtain planning permission for a plot of land nearby. The plot has an estimated population of many hundred Slow Worms which are a protected species. The Council is insisting that a satisfactory plan is put in place for the safe rehoming of these animals elsewhere before they will grant permission. We have been approached to see if we would be willing to consider accepting them should our land be suitable. The ecologist came to see if our land could support these new Slow Worms without it being to the detriment of the Slow Worms we already have here, or of anything else. This is all at a very early stage and there is much to be discussed and work still to be done and no doubt this will be the subject of future blog posts.

While he was here, we also discussed things of a non-reptilian nature such as our new hide pond that was dug a year ago and now looks like this: 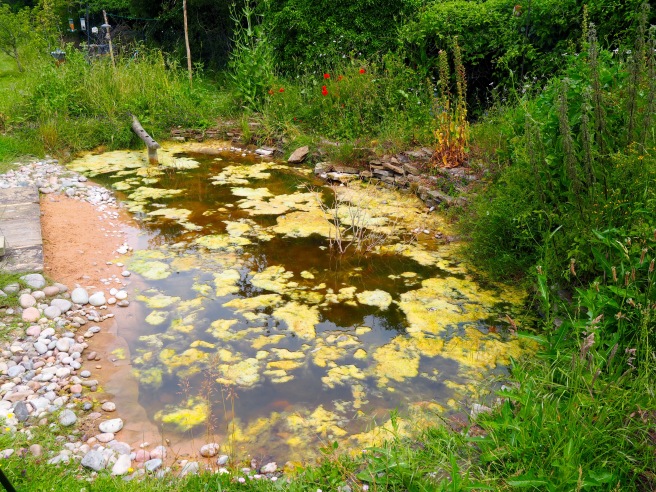 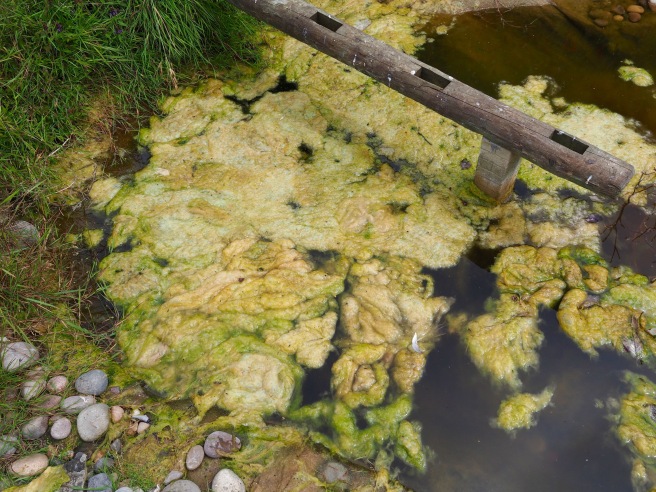 Although the pond is now only fed by rainwater, including run off from the hide roof, it was initially filled using tap water which is high in nutrients. It is these nutrients that has caused this growth of blanket weed.

This will sort itself out over the next couple of years but the ecologist was of the opinion that the blanket weed is mopping up the nutrients and so, by removing the weed, we will be removing these nutrients from the ecosystem more quickly and it will reach equilibrium sooner. Also, the  weed will sink and rot over the winter which is not a good thing. He suggested that we pull the weed from the pond in about a month’s time when the tadpoles etc should be grown up and gone and collateral damage would be minimised. I wish we could do it now, it looks so terrible.

Everyone would probably know the Daddy Long Legs Spider (Pholcus phalangioides). This spider has a close association with man, living almost exclusively indoors. I had a very soft-hearted mother who wouldn’t knowingly harm any living thing which was a wonderful attribute to have in a mother. However, it did mean that you would often be sharing the toilet with many of these spiders amongst other living things and they are certainly very familiar to me. However, I have never seen them carrying eggs sacs around in their mouths before as we saw today in the hide: 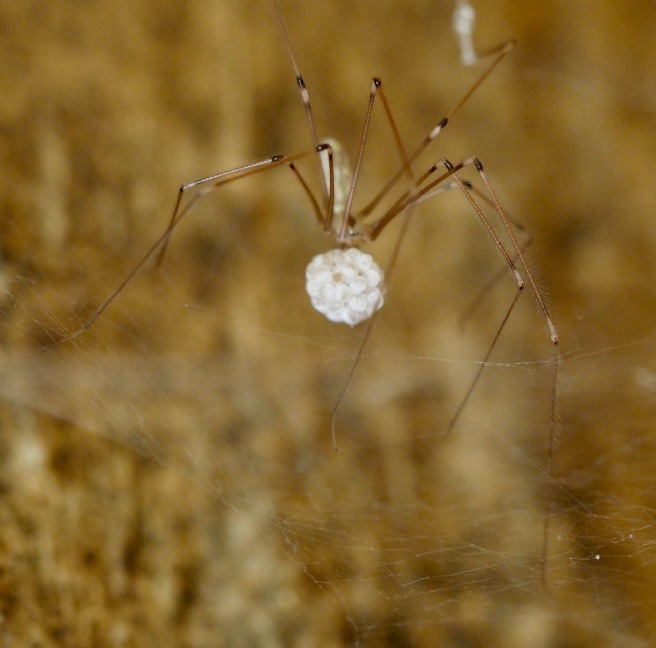 I ran the moth trap last night and got this very charismatic moth, called Spectacle because it looks like its wearing the most tiny pair of glasses: 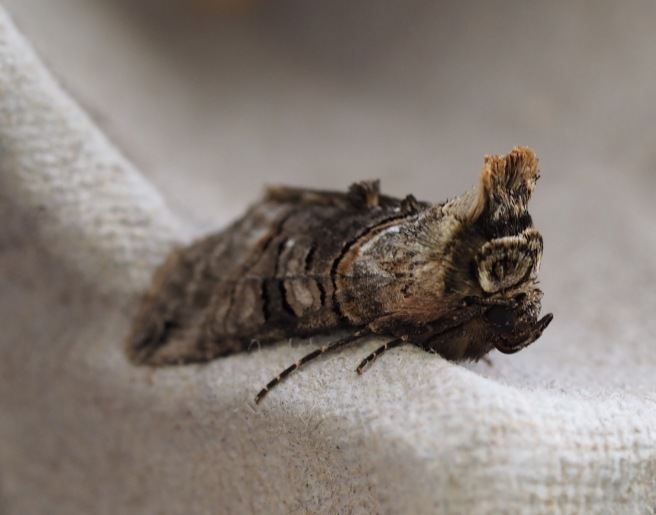 I also got a Privet Hawkmoth again:

I will end this evening with a couple of photos from the trail cameras. Here is the Sparrowhawk coming in for a bath:

And I love this one: 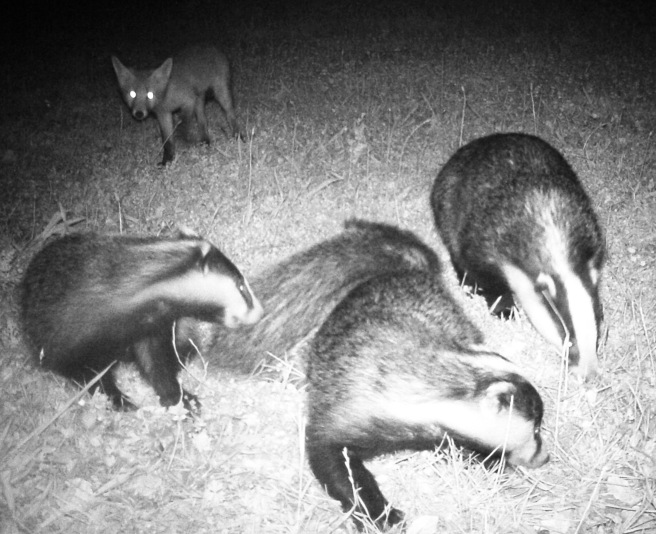