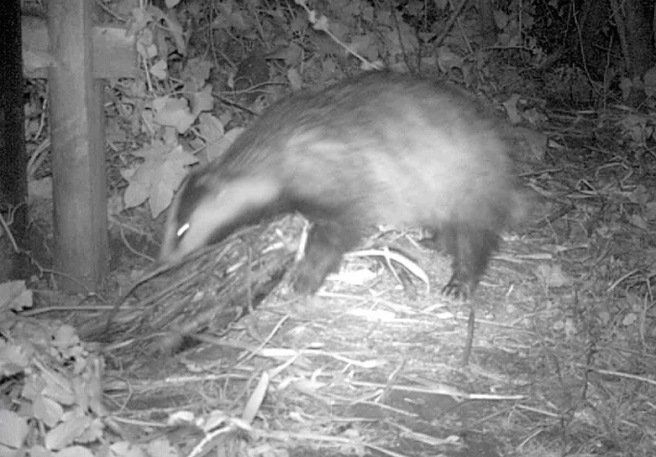 Last Autumn, after clearing out the pond a bit, we stacked some reeds neatly on the side. But couldn’t fail to notice that somebody had been making a right mess of it! 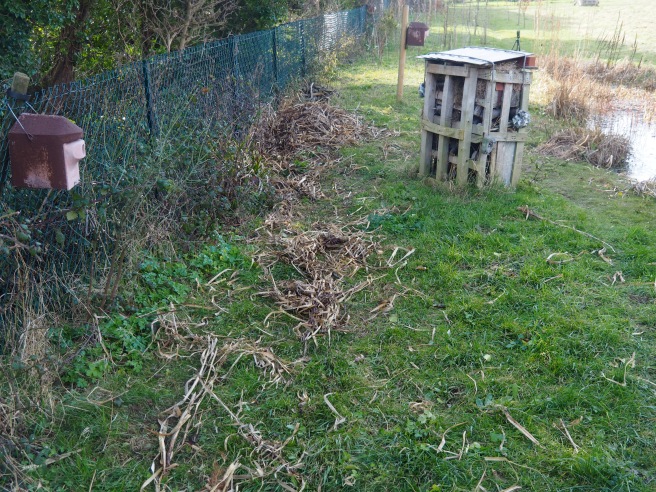 The badgers had been dragging it in for bedding: 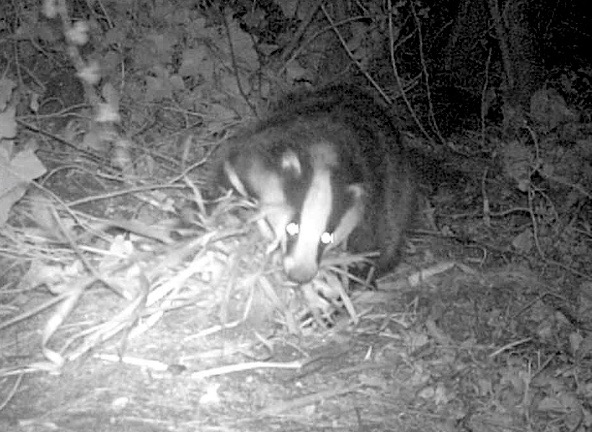 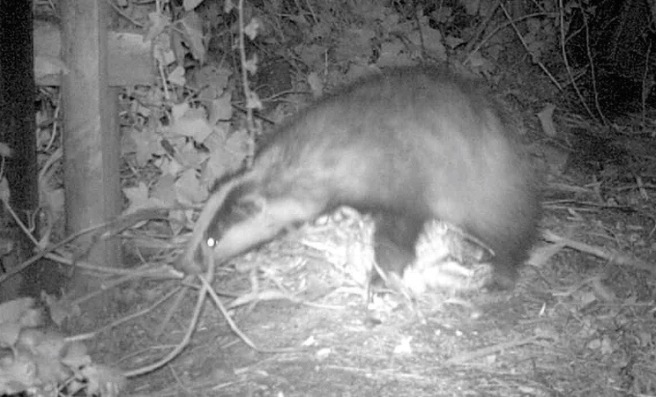 Will it be comfortable?

Interestingly, it was both the mother badger and last year’s cub doing the work – the two animals made several trips from the reed pile back to their sett, dragging the load backwards.  Some sort of communication must have gone on between them about the decision to use the reeds – they have only ever gathered grass before. How did that happen?

At some point, the dry reeds on the surface of the pile must have been used up leaving just the wetter stuff below and they switched to gathering grass, which I am sure is much softer, albeit more trouble to collect: 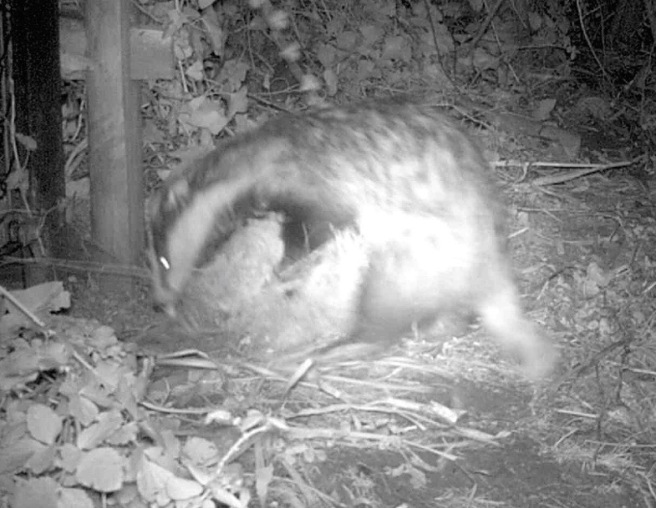 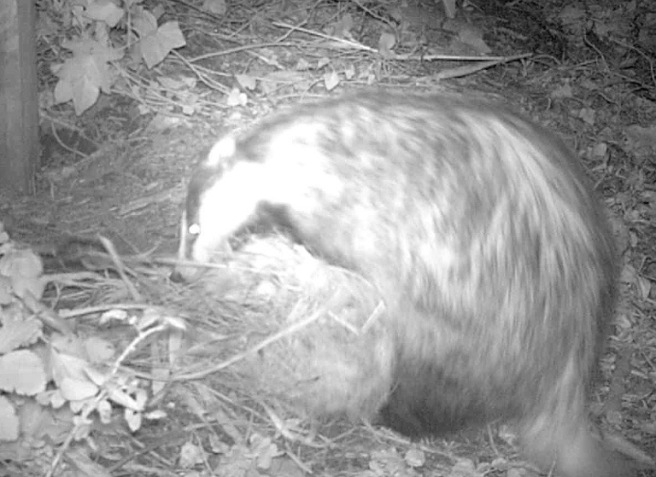 It’s such a privilege to get this glimpse into the every day life of this little band of three badgers. I am hoping that there are now cubs born below ground which will make an appearance in April. Last year it was the 9th of April that the cub appeared above ground for the first time and so it is not long now to wait……