2019 is the second year that we have been putting supplementary seed down into the meadows specifically to support farmland birds. Last year we saw no Yellowhammers but this year they have been visiting throughout the spring and summer. Here are some photos that the bird ringer took of them back in May: 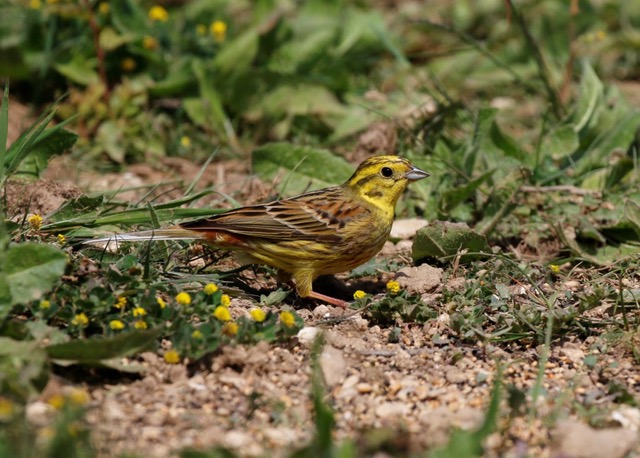 I am delighted to say that up to two juveniles are now visiting along with an adult: 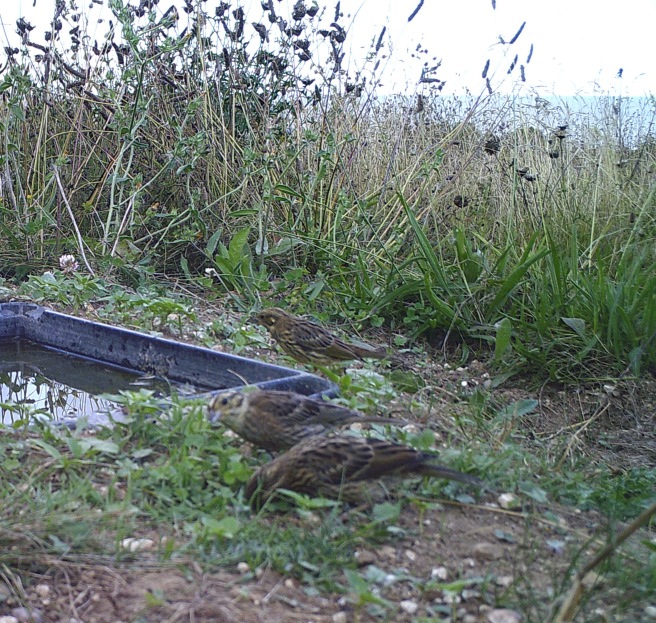 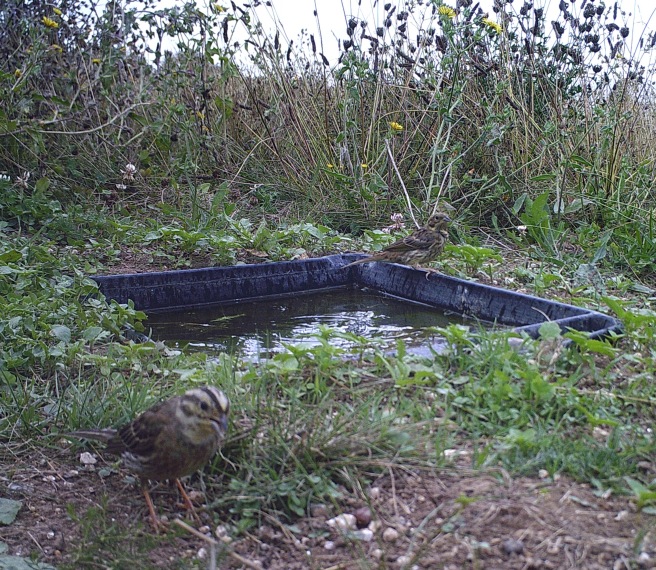 Yellowhammers are red listed birds and to have provided a habitat where they have successfully bred is definitely one of the highlights of our wildlife year.

I was googling Yellowhammers to find out more about their breeding activities and I came across the interesting fact that the distinctive call of the Yellowhammer – often described as ‘a little bit of bread and no cheese’ – is suggested to be the inspiration for the famous opening few bars of Beethoven’s Fifth Symphony.

The more you observe a species, the greater your depth of understanding of them and, often, the bigger your empathy with them. However, this just hasn’t happened with me and Magpies. The more I learn about them, the more I think that there are too many of them around. Below is a series of photos to support this view:

Although I have to say that the Magpie has probably met its match here:

Incidentally, referring back to my previous post, this Sparrowhawk does not have a white spot on the back of its head:

The Magpie’s victim looks like it was a House Sparrow and there are certainly a lot of these feeding up on the strip and it is perhaps not surprising that they have attracted the attention of these predators:

A young Sparrow in the foreground below is being fed by its mother:

House Sparrows having a bath…

…and a mixed bathing group of Sparrow and Linnets:

One of this year’s baby Badgers gave me cause for concern when it became covered in what I at first thought must be ticks around its neck: 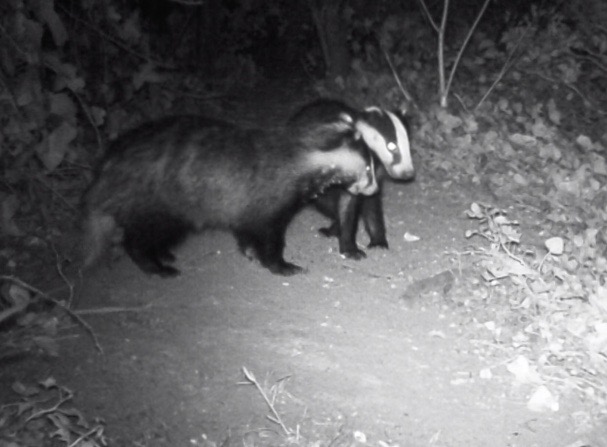 But then I looked at the dog:

and realised that at this time of the year there are so many plants that are trying to disperse their seeds by hitching a ride on a mammal pushing through the undergrowth.

Although it might be difficult to remove burrs from one’s own neck, so much mutual grooming goes on between Badgers that hopefully this will all get sorted out quite quickly:

We put a new small pond out when Scarface had a bad leg and we thought he might have trouble hopping down to the main pond to drink. It has subsequently been used by many Birds and Foxes but last night was the first time that a Badger used it to drink:

although a Badger had been caught on film passing it while gathering bedding a few nights previously:

Here is a very nice portrait of a Badger from the wood: 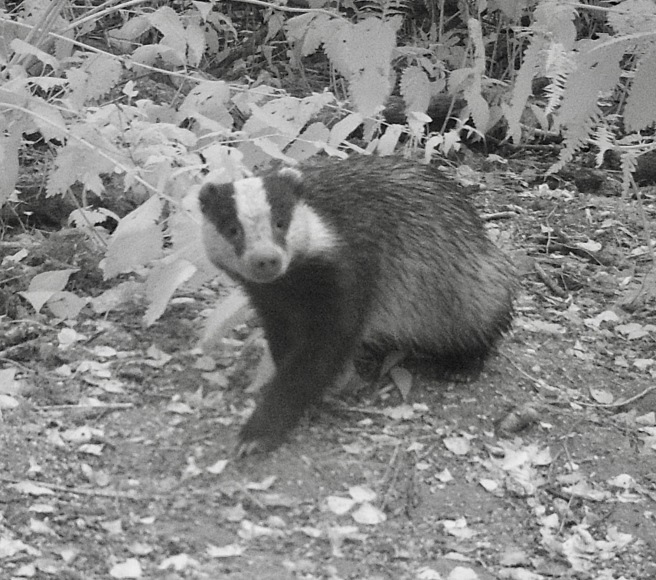 The Buzzard continues to visit the shallow tray in the wood every day. This bird does have a white patch on the back of its head:

The weather has been very mixed recently and a few days ago we saw a waterspout out to sea. I had never seen one of these before: There are often interesting ships offshore. Here we have a a Panamanian research vessel, the Med Surveyor, built in 1968, which was moored up for the night and which is being passed behind by one of the Border Force ships that regularly patrol these waters:

The Med Surveyor is still moored as this Dutch Hopper dredger goes past, the Reimerswaal, looking a bit like a disreputable pirate of the seas: 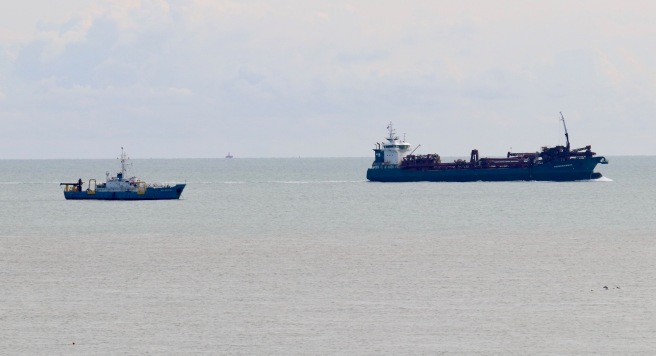 For a few days now there has been a large female Slow Worm under one of the squares which I believe can be described as ‘gravid’ – carrying eggs or young:

We are hoping that she will give birth under this square and that we will see the young before they disperse.

And finally, as my parting photo for today, there is this: