For over a year now we have had a movement-activated trail camera taking videos along the top of the cliff, just where there is a hole through to the meadows.

This camera has provided a window for us onto the secret lives of the many users of the track. This morning there was this: 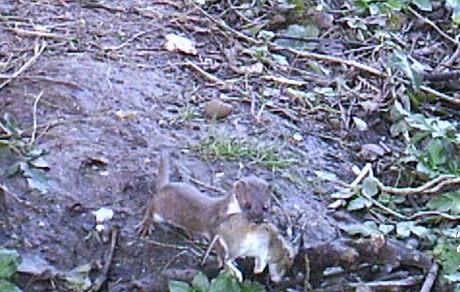 This is a screenshot from a video and so the quality is not great. However, to get some idea of scale, here is a shot of a Blackbird followed by the Weasel shot before zooming in: 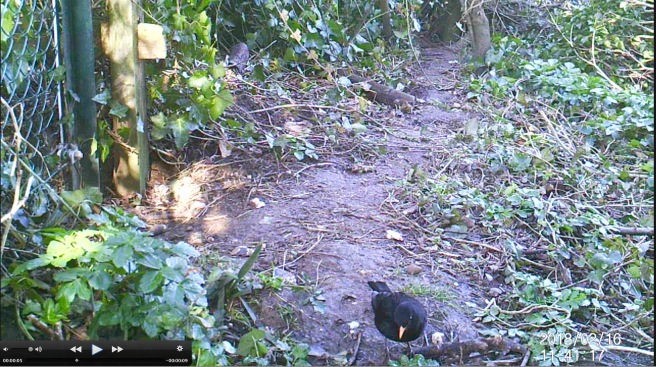 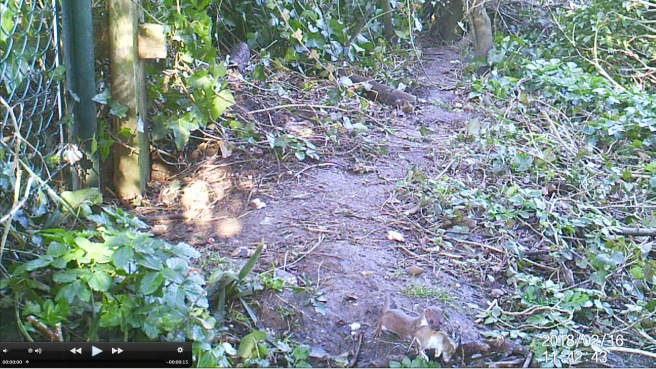 The Weasel is smaller than a Blackbird.

Two minutes later, the next video taken was of the Weasel bounding back along the track away from the camera – not enough time to have eaten the rodent and so presumably it has been cached.

Also from last night, the young badger, that was born last year and has been delighting us ever since, seems to be particularly luxuriously furred. This shot of it last night sums it all up: 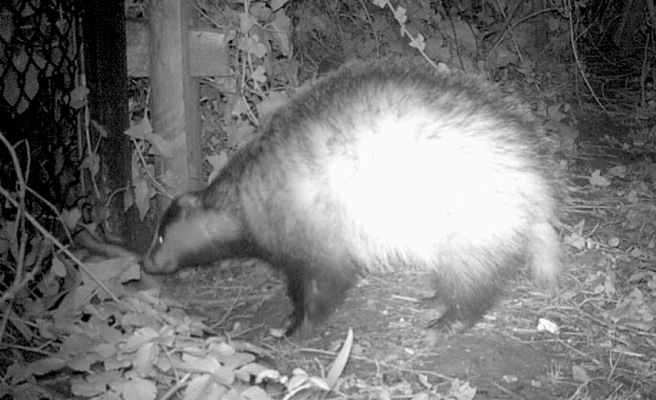 Is this not ridiculous?