Its a few days off the Winter Solstice with the shortest of days and it certainly has felt like the bleak midwinter here recently. Frosty winds do indeed make moan, the earth stands hard as iron and the water is as hard as stone. However, this does not deter the thriving sea bathing club nearby on the beach below the meadows. I had two coats on in a bitter north-westerly when I took this photo this morning: 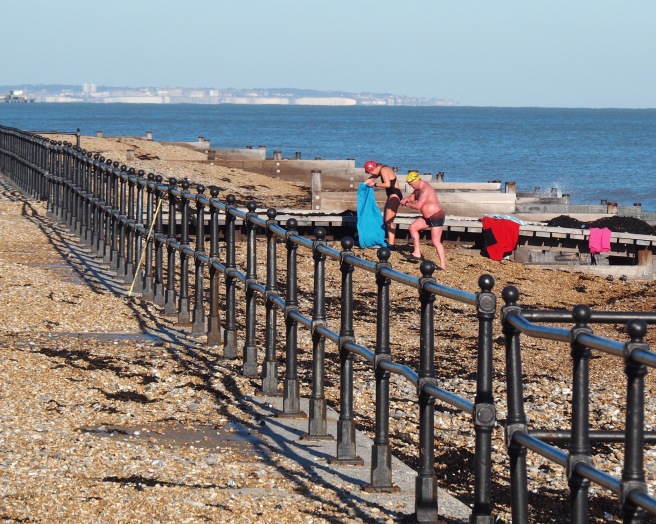 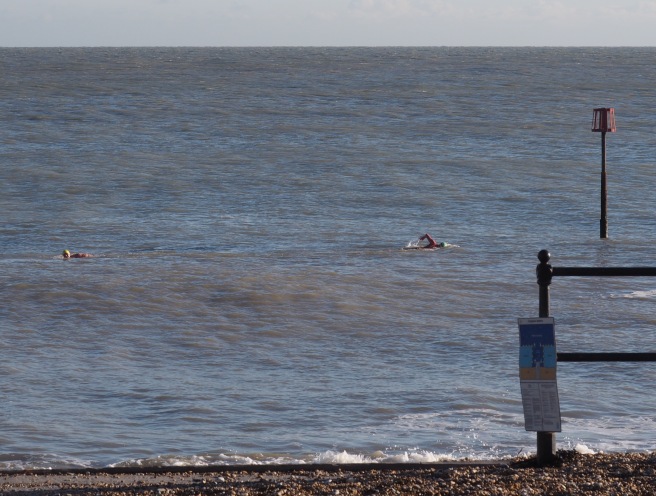 Here is the water in our pond while they were sea bathing: 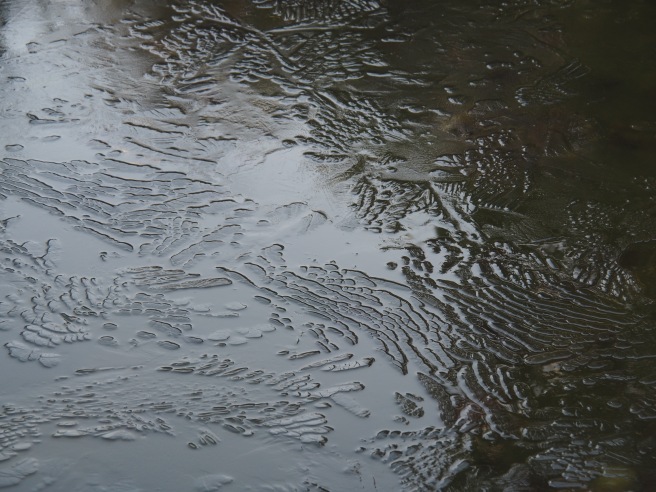 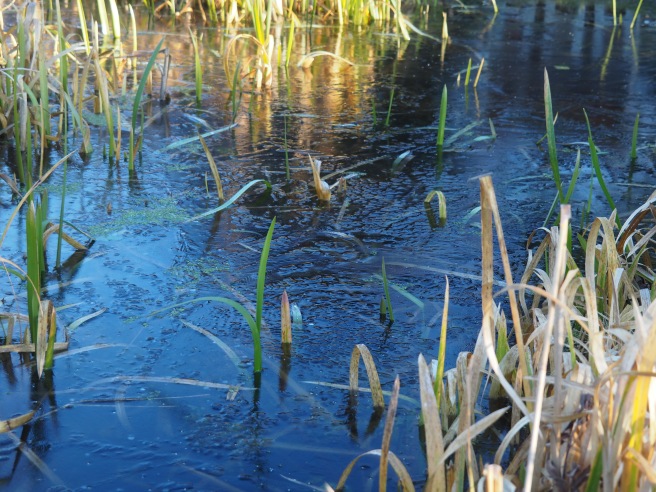 And here is a Yule Log in a frost pocket: 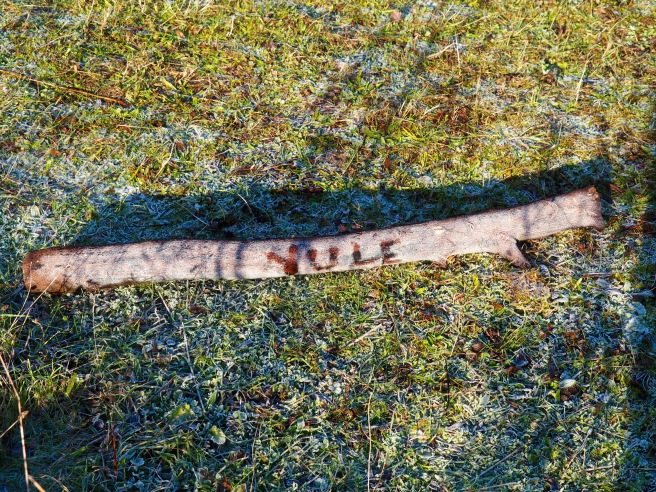 The Hawthorns in our hedgerows that were heaving with berries in September are now stripped bare and yet there is still so much winter to go. Thank goodness for the ivy berries which I understand are not particularly tasty and so last much longer into the winter, providing a lifeline to our birds.

What the blackbirds are also very much enjoying at the moment are the windfall apples in the orchard. 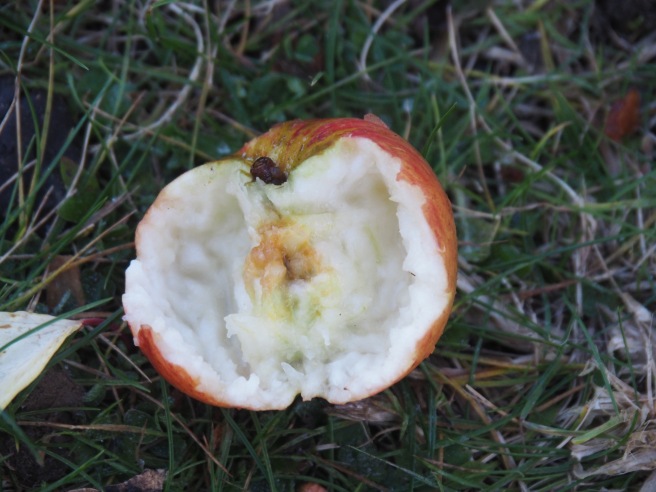 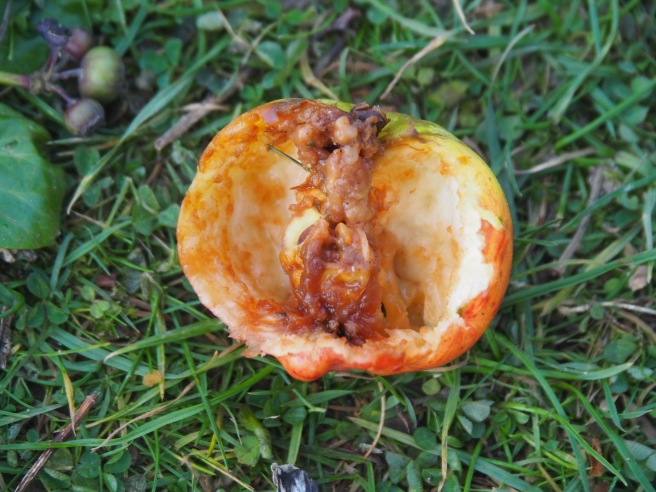 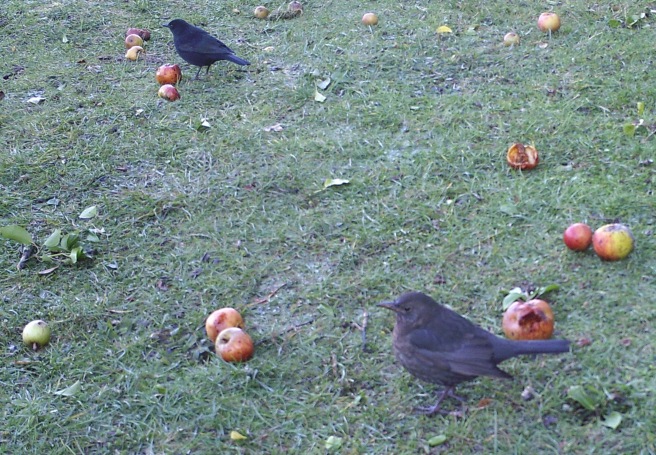 I put an over ripe pear out in front of the camera this morning: 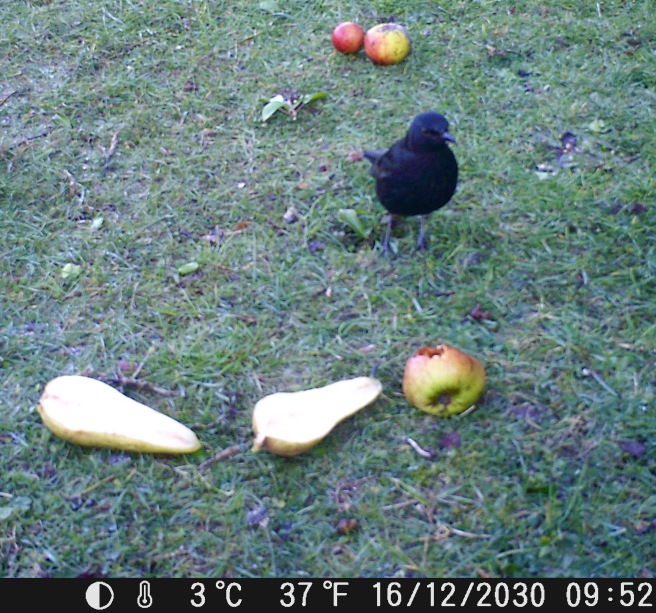 By 1pm, one half had disappeared and the second half was well pecked and disappeared itself shortly afterwards. 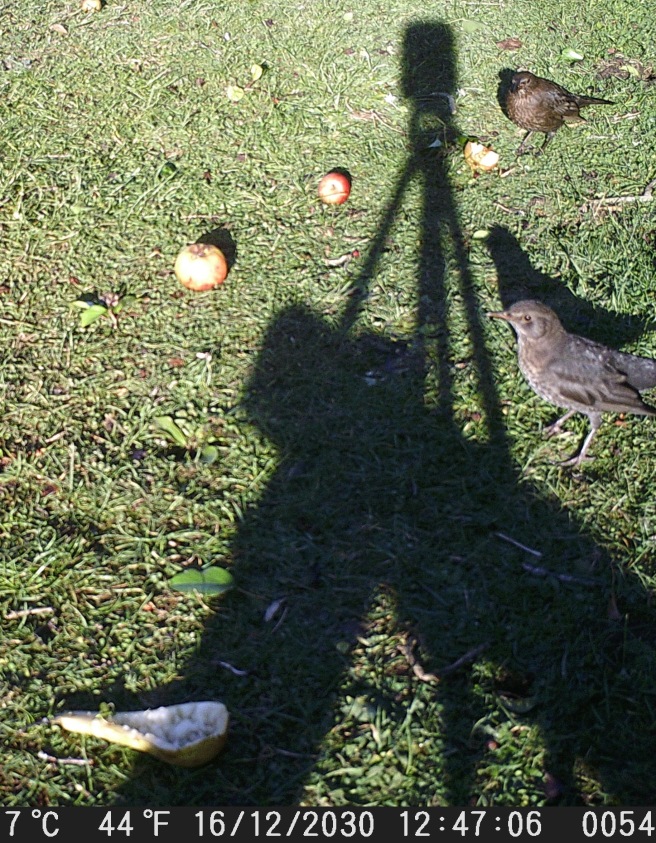 The badgers do not hibernate but do very much slow down. A month ago, they would arrive at the nuts around 5pm, hoover them up and then visit several times during the night to check that there had been no restocking! Now they only briefly show up in the early hours. Here they are on last nights appearance: 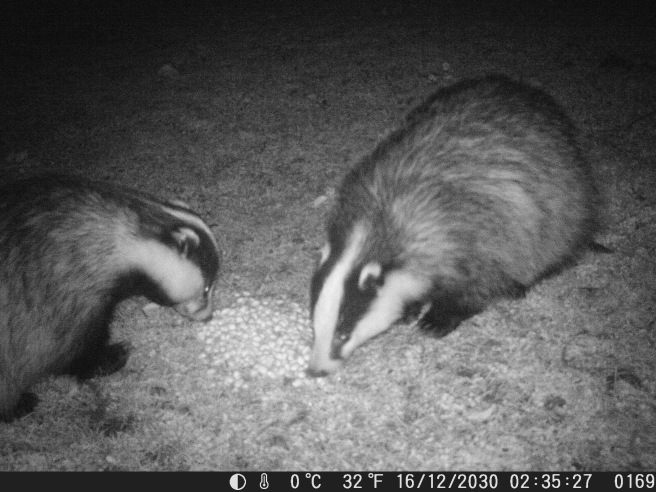 That’s this years cub on the right looking in fantastic fettle.

At 3pm this afternoon, there was a Sun Dog in the meadows: 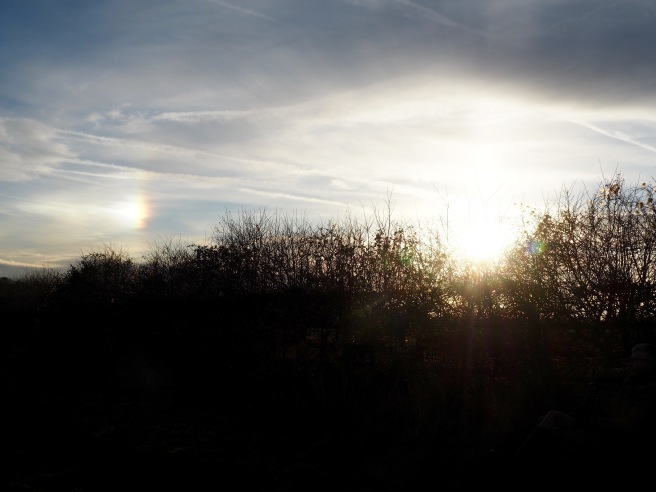 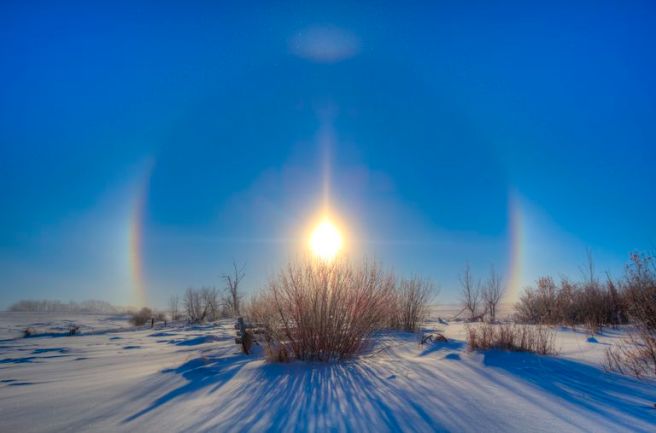 We are now looking forward to go past the tipping point of the 21st December and enjoy the days getting longer once again.