The hedgerows now are billowing and buzzing

This hedgerow at the far end of the meadows faces south and is noticeably warmer than elsewhere. The lime green plants at the base are Alexanders – brought into the country by the Romans who ate it as a vegetable and it tastes of a mixture of parsley and celery. It only grows right at the coast but when it does grow, it grows very vigorously indeed. There is loads of it here this year. The white blossom above is Blackthorn – the bushes which will have sloes on them by September.

All down this bank and also along the cliff line there are mining bees flying at this early  time of year, presumably digging their mines into the warm banks of the hedgerows.

We have been particularly seeing this little lady, the Tawny Mining Bee (Andrena fulva). She just flies March to May and is such an intensely coloured, beautiful bee:

She is digging mines, and they are really deep – a vertical shaft, about 10 to 12 inches down with several brood cells branching off with one egg and a bit of food in each.

She’s a solitary but communal bee which sounds contradictary but means that there is one bee per nest but several bees build their nests in the same area.

We have also seen another species of mining bee down this bank, the Ashy mining bee:

I apologise that the photo is not in focus – its difficult when there is lots of vegetation around, the camera thinks I might be wanting a photo of that instead. But the photo is good enough to see that this is another striking looking bee because there is not a hint of yellow on her, just black and white.

In addition to these mining bees, there are also their predators, the Bee-flys. They are everywhere down these banks, looking for the entrances to the mining bees’ mines so that they can flick their eggs at it. Their eggs will hatch at the entrance and then their larvae will crawl down the mine, living off the mining bee eggs and larvae as they go. Horrible but part of the delicate balance of nature, I suppose.

A tense life and death struggle being played out under our noses as we stroll along these banks.

Elsewhere in the meadows, the dandelions are covered in pollen beetles, which is a general term for little things like this that love pollen, but these are Meligethes aeneus which is an important pest of oil seed rape and so these have probably come from a field of rape nearby

We also had this Small Tortoiseshell butterfly on the dandelions. These fly from May and so any appearing this early must have hibernated and now woken. Wherever this one chose to spend the winter must have been a good spot because it has emerged in remarkably fine fettle

Finally for now, these seedlings have been popping up all along the hedgerows. 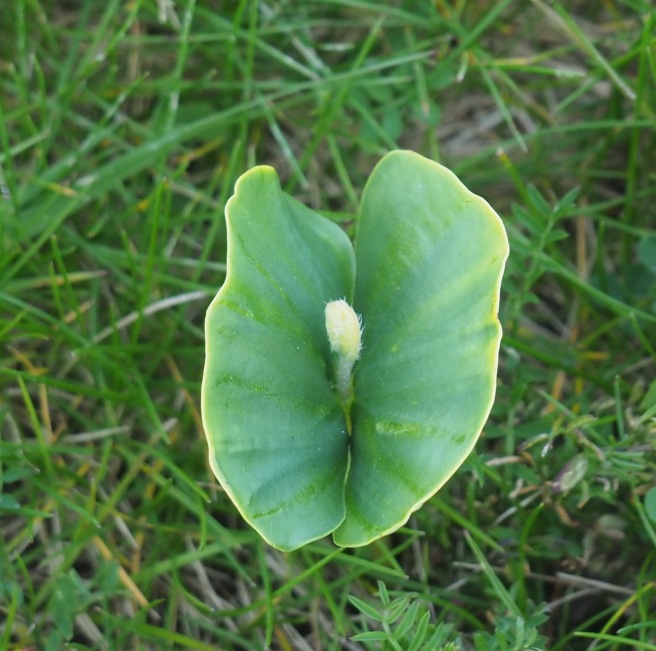 I trawled through the flower books trying to work out what on earth it was – its so peculiar – until I saw one with its second leaves coming through and realised that they are Beech tree seedlings. Well, I live and learn. 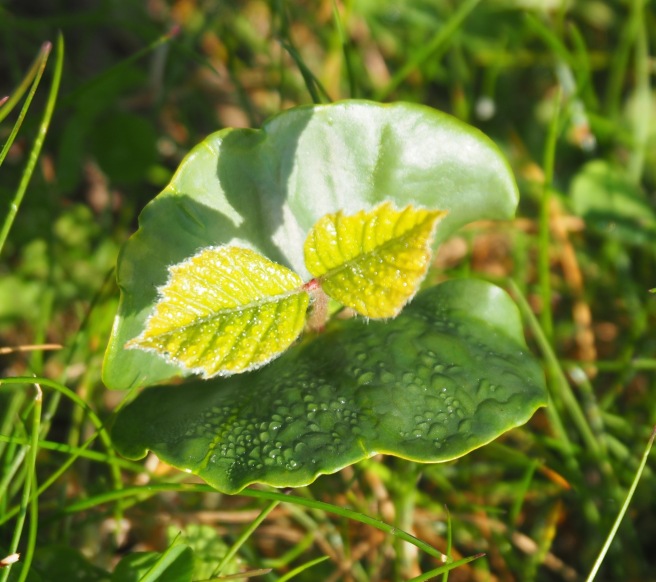 One thought on “The Hedgerows Today”