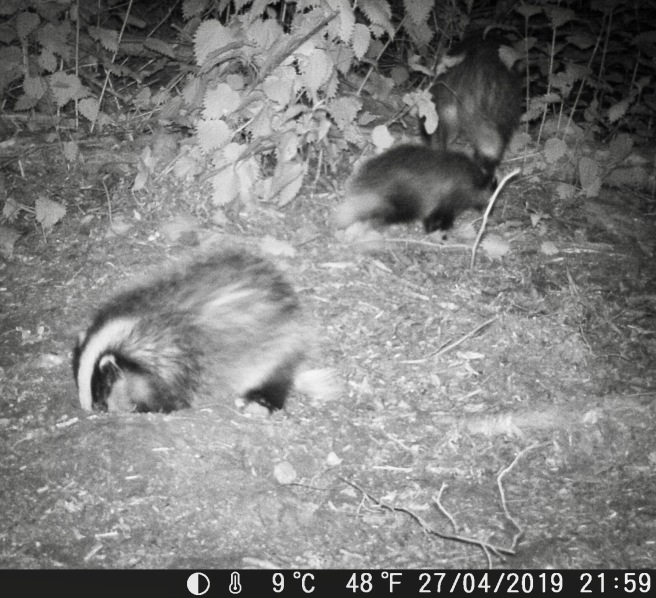 This ridiculously adorable little animal is one of a pair of twin baby Badgers that has now come above ground at the wood. This photo of adult Badgers is also taken in the wood:

In my last post, I excitedly mentioned the twig that has appeared in the entrance to the Tawny Owl box and speculated that, even if it was not a Tawny that was using the box, then it might be a Stock Dove or Jackdaw:

We came up with a cunning plan to find out which of these possibilities it was. A trail camera was attached to a long coppice pole and we then wedged the pole against the branches of the tree so that it pointed at the box:

So, what were the results? 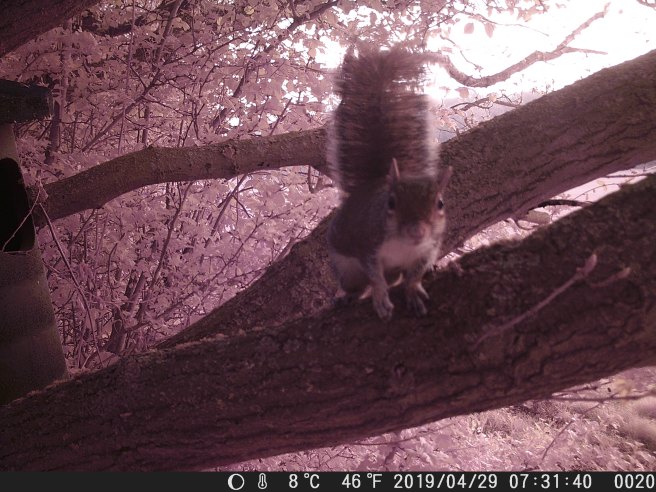 I don’t know why it hadn’t occurred to us that this was surely the most likely contender to be nesting in the box.

There have been a lot of photos recently of Wood Pigeon drinking from this wood pond. I flicked through them quickly and nearly missed the second bird in this one:

The wood is greening up and coming to life really quickly now:

Things are getting going in the meadows as well:

Last weekend, strong south-westerly winds were forecast as Storm Hannah passed across the country. We had three ships moored up offshore to sit the weather out and, when ships arrive like this, they bring with them a sense of anticipation and foreboding.

These ships incidentally crop up in other photos as well:

The trail camera photo above is very atmospheric, I think. It also bears some similarities to the photo below: 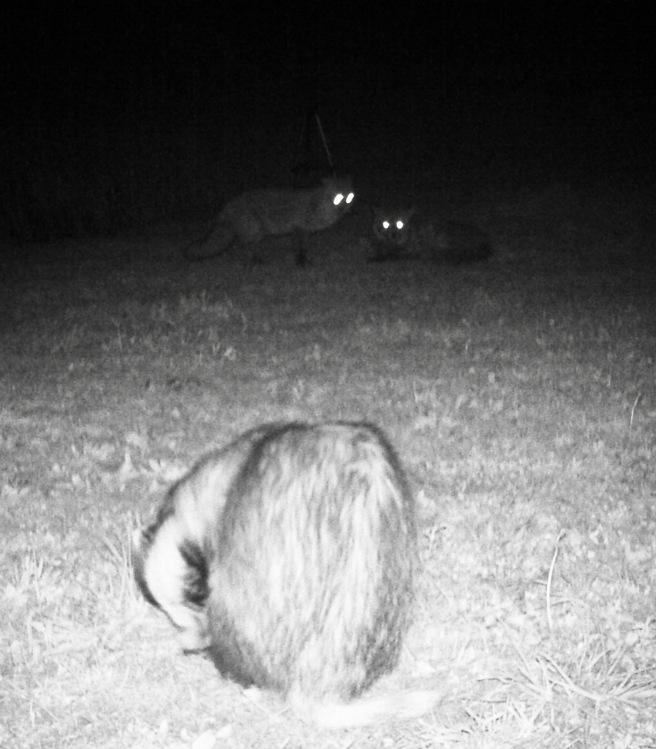 The next few photos show a sequence taken from a video. This is our oldest and most rickety Fox who is stiff legged and blind in his left eye. He often stands here and watches out over the meadows. However, he is unaware that a Badger approaches from behind:

Just as he notices her approaching….

…she hurtles full speed at him:

He escapes with only his dignity in tatters. 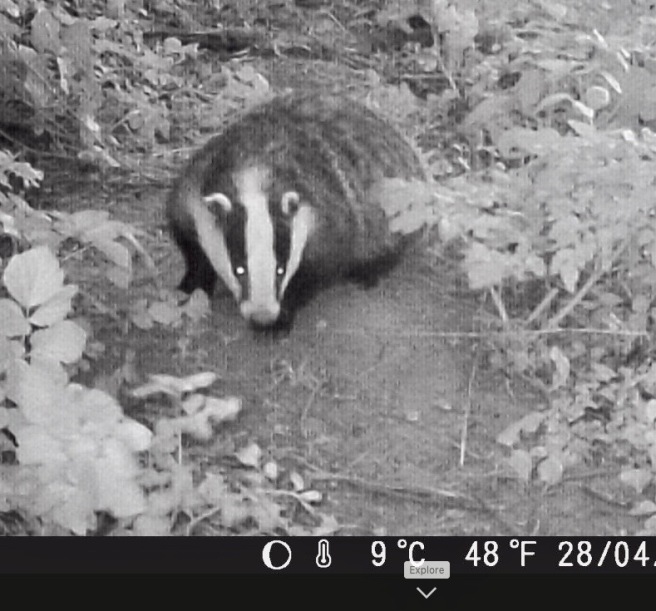 Another sequence of photos taken at the hide pond show a Green Woodpecker taking a bath: 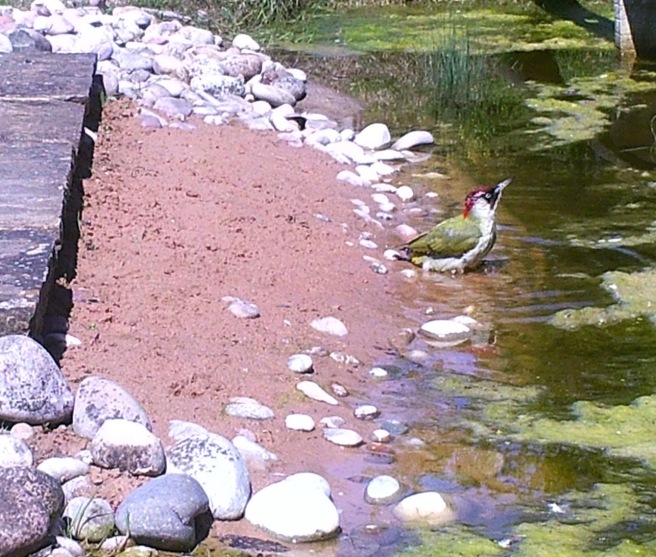 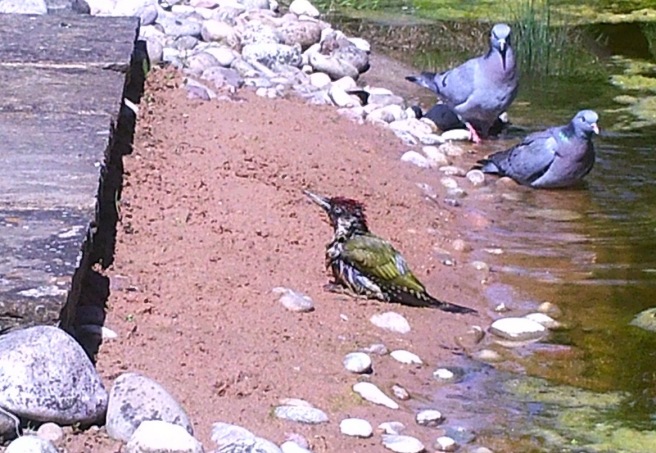 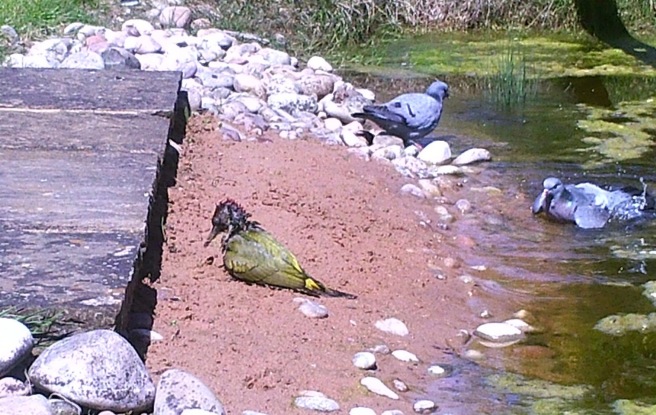 Isn’t that the most extraordinary thing? It looks like a shipwrecked mariner coming ashore on a desert island having nearly been lost at sea.

This is another striking trail camera image:

And this next one – beautiful birds although sadly not quite in focus: 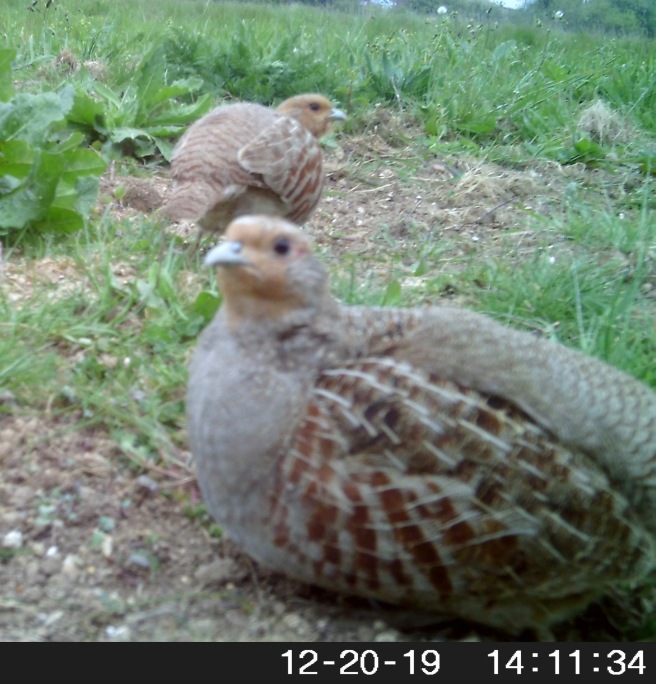 The final photos for now are ones of the Badger twins at the meadows. Perhaps not quite as long-haired and fluffy as the one at the wood but still really terribly sweet: 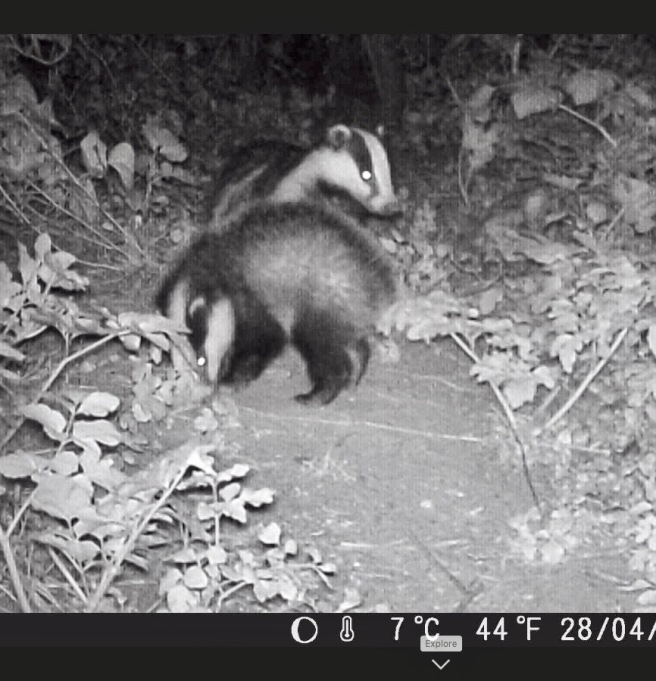