These are farmland birds and so, although the male Yellowhammer was using our hedgerow, the agricultural field behind the hedgerow was the reason that he was there. Then, in summer 2017, the farmer used something on the field margins that turned all the weedy plant growth a bright, lurid orange. I do not know for certain that this is the reason but, since then, we have had no calling Yellowhammer.

However, a week ago, the bird ringer spotted a male Yellowhammer in that same hedgerow and we have launched our Operation Yellowhammer to try to attract them back. We cannot control what the farmer does but perhaps we ourselves can provide what Yellowhammers need. Last year the area of the meadow shown below was dug with a digger to mimic an agricultural field edge to try to attract Turtle Doves. Now, however, there was little bare earth left still showing and so we brought in a rotivator and operator to redo it and we understand that it was very hard work! 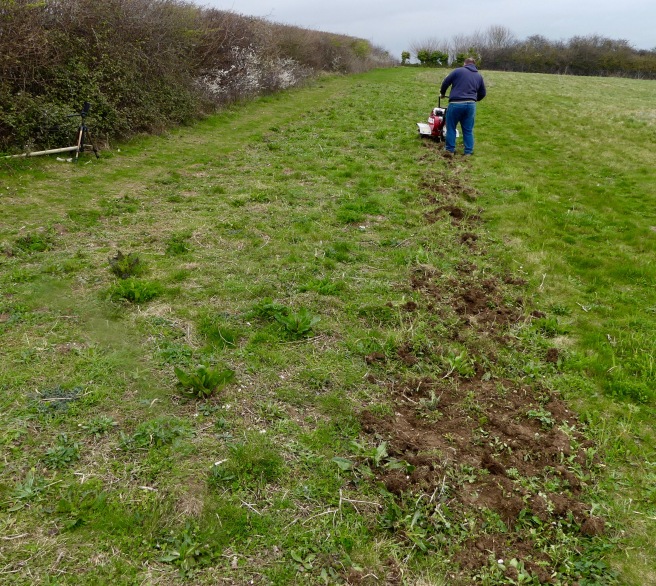 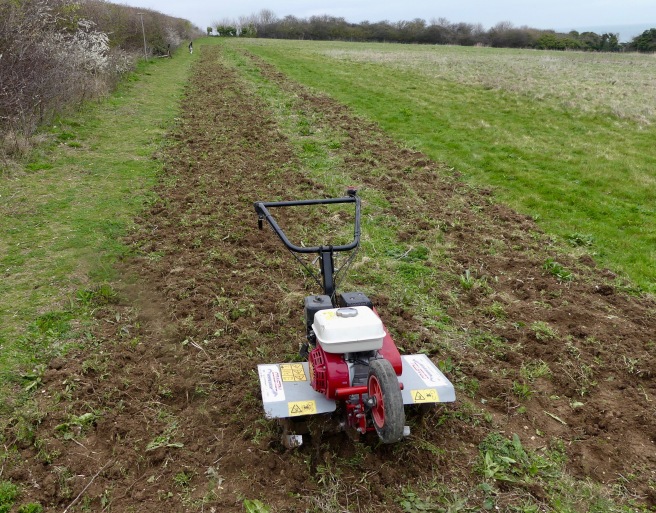 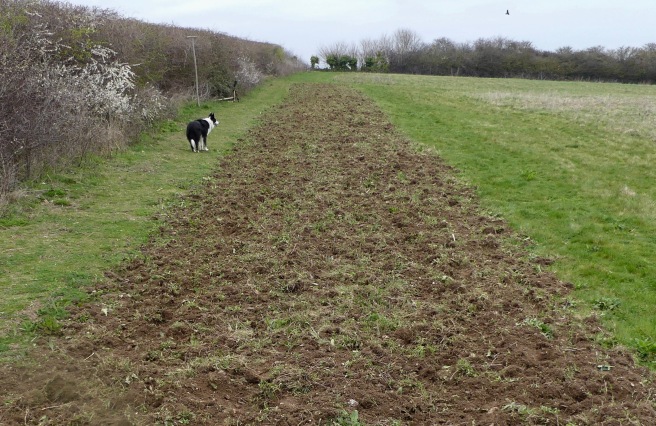 We didn’t attract Turtle Doves or Yellowhammer last year but we intend to try again. Turtle Doves won’t be arriving in the country for another month, so for now we can concentrate on Yellowhammer. I bought a bag of mixed bird seed for finches which apparently Yellowhammers are very fond of: 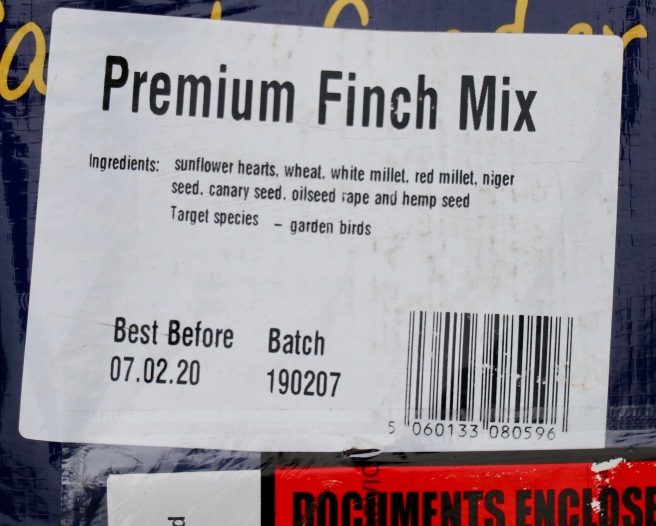 We are now putting this seed down along the rotivated strip and we shall see what happens.

As we approach the end of March, insects seem to have sprung into action and it is lovely to see them again. This morning I thoroughly enjoyed myself photographing these:

It is not long now until the baby Badgers might make an appearance above ground. We can see that the mother badger has prominent teats. The anticipation is building. 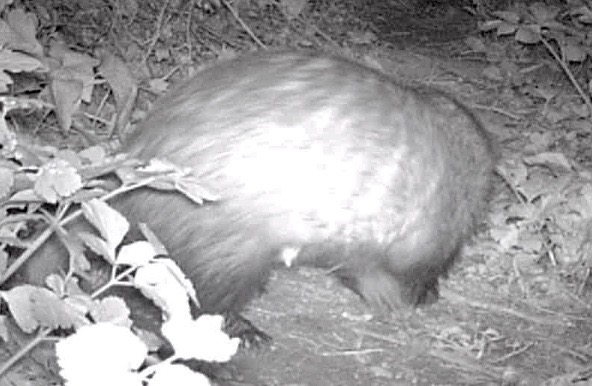 And there have been a few Badger daytime photos which is most rare for these Badgers: 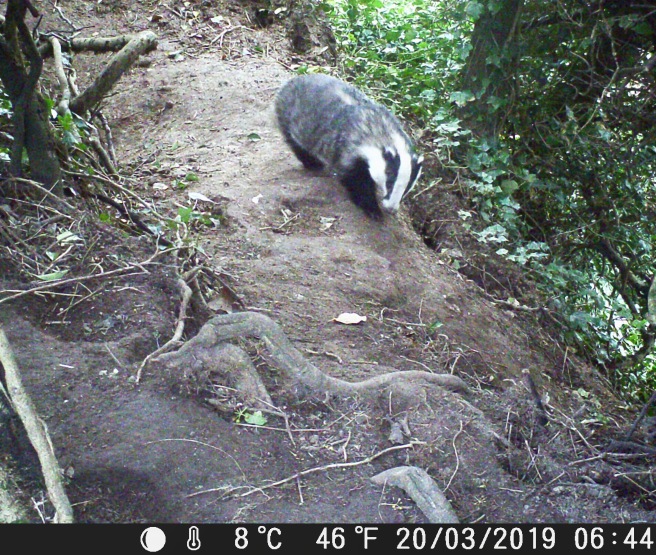 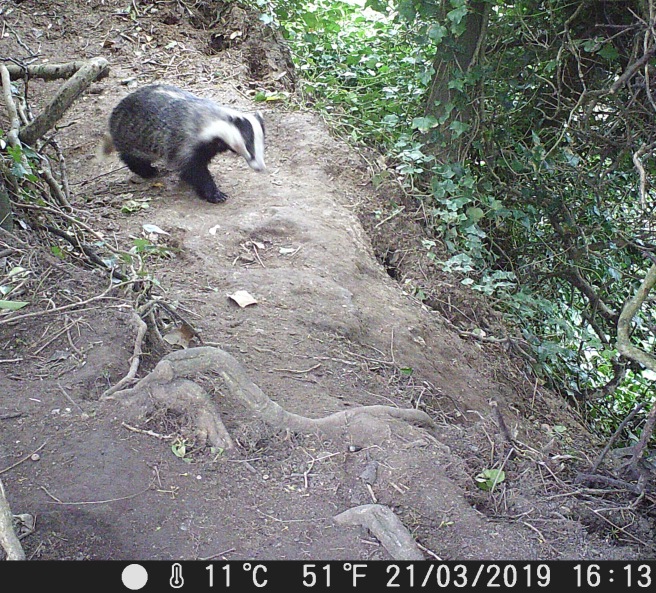 I include this Badger shot just because it makes me smile: 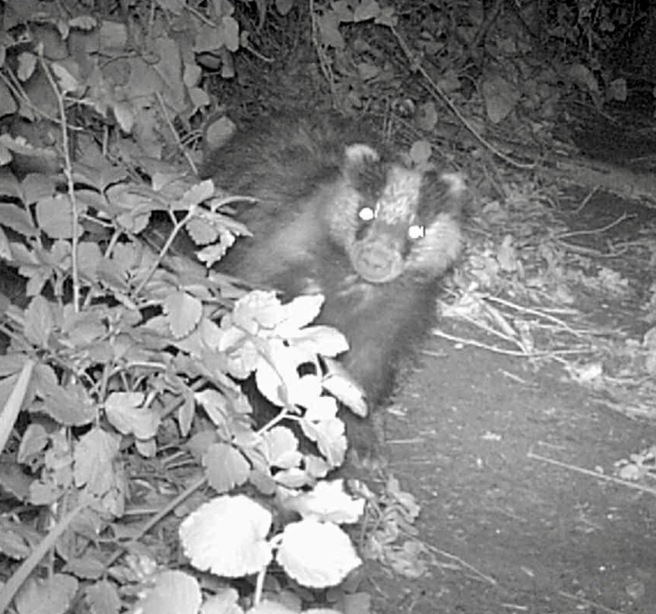 The Heron is only visiting occasionally now but that doesn’t mean that the frogs can let their guard down: 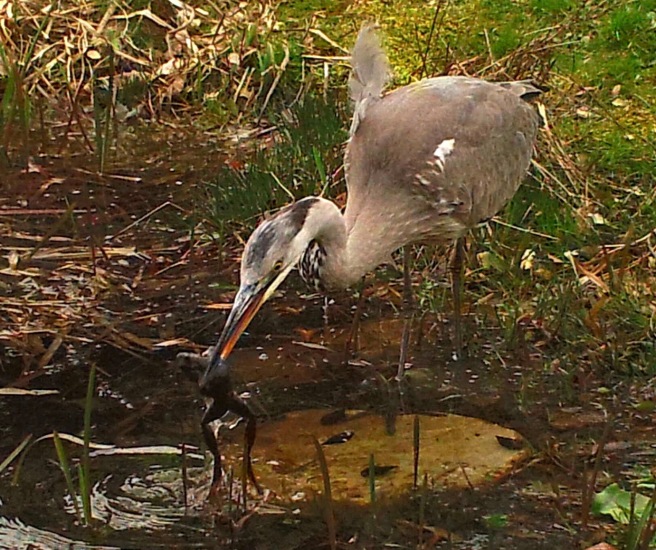 Very pleased to see that the Tawny visited the other night: 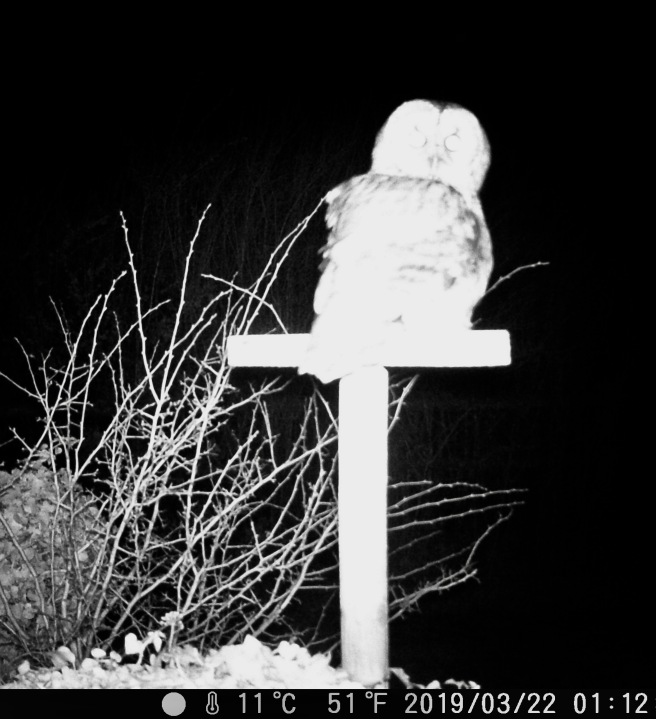 The Kestrel was back in her new favourite place today: 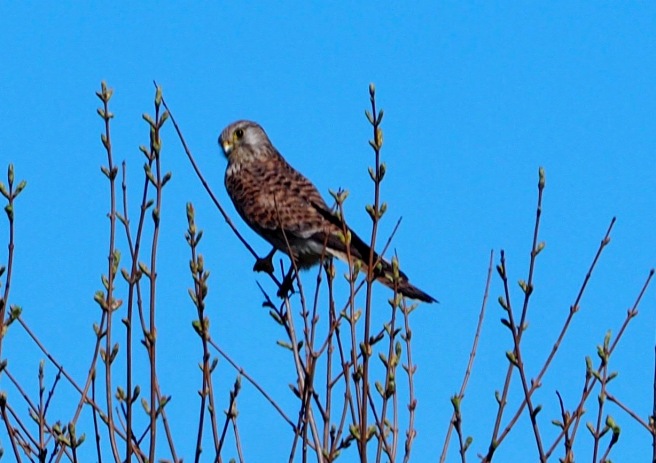 And both male and female Sparrowhawk have been around as well:

Nesting is starting in earnest for many of the birds: 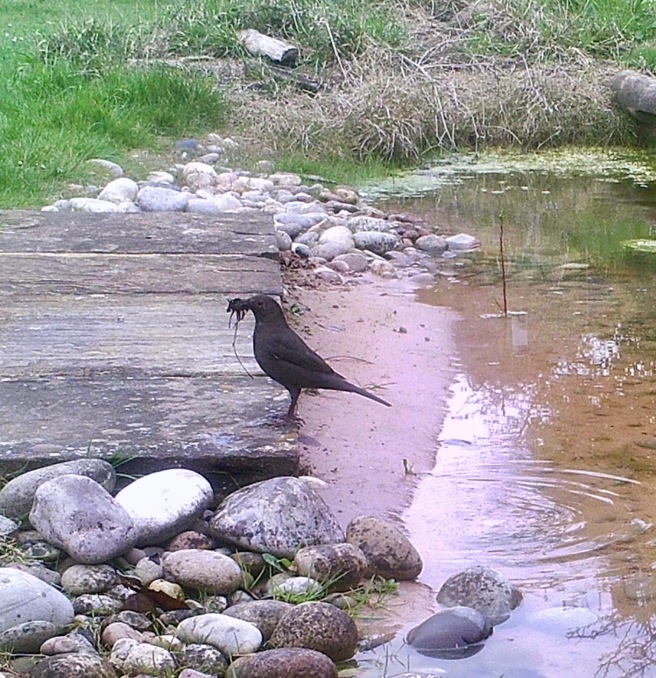 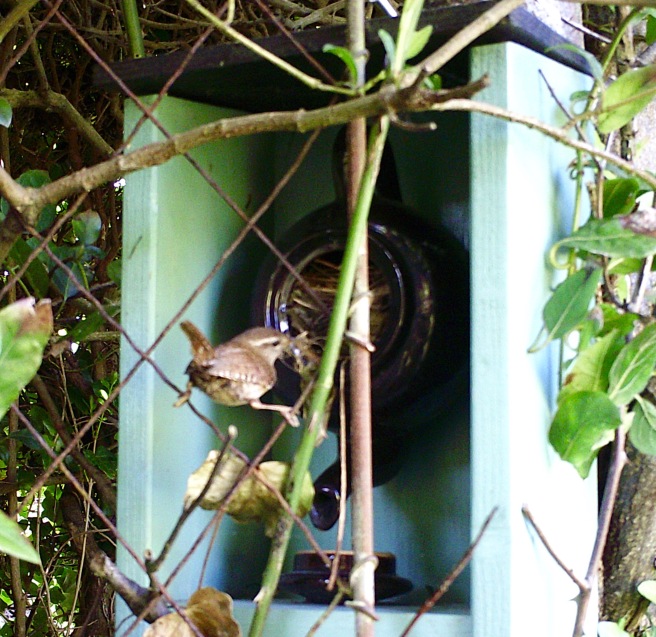 However, unfortunately it was just far too vulnerable to predation by Magpies and sadly that is exactly what happened. Well, this year we have wrapped this nest box in a bubble of chicken wire which we hope would allow a Wren through but keep it all safe from big bully birds: 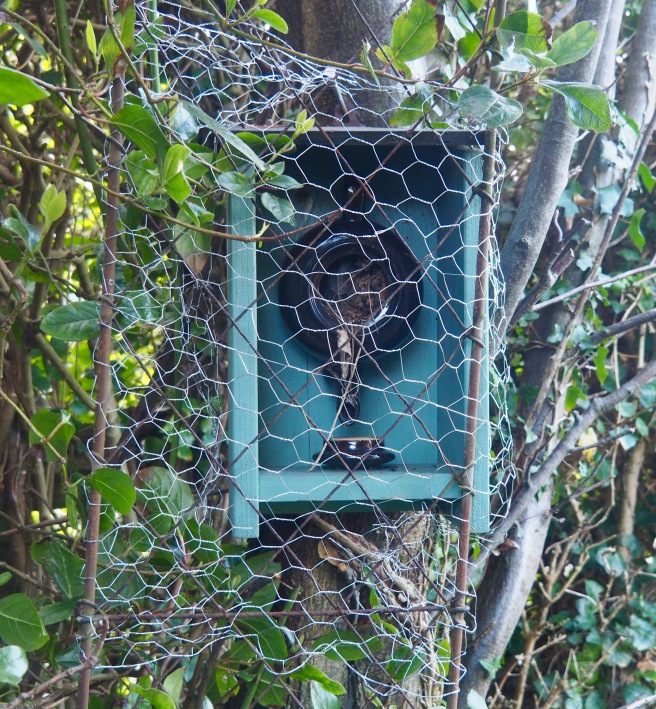 I agree that it doesn’t look as good but what does that matter?

We have a pair of Grey Partridges back as regular visitors to the seed on the strip. It is a male and a female and so hopefully a breeding pair. 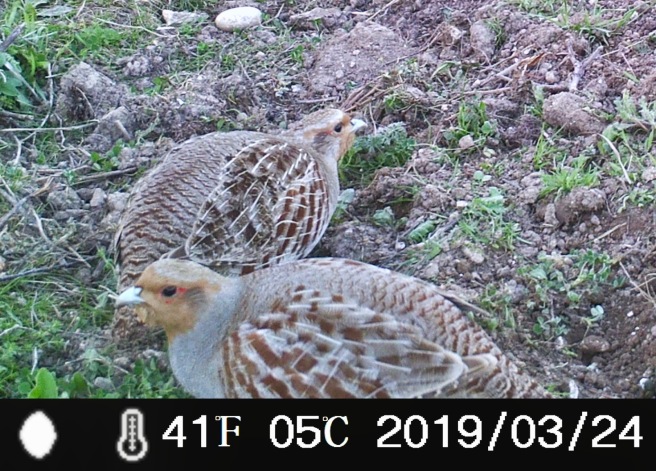 At the wood, we have logged a new species – a Red-Legged Partridge. 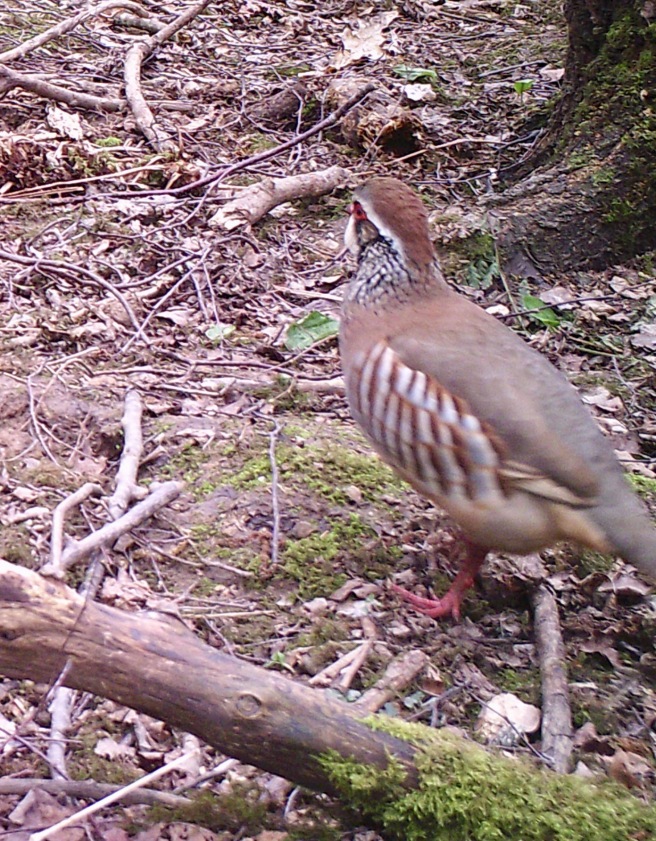 This shot of it is not great and so here is an internet photo of it: 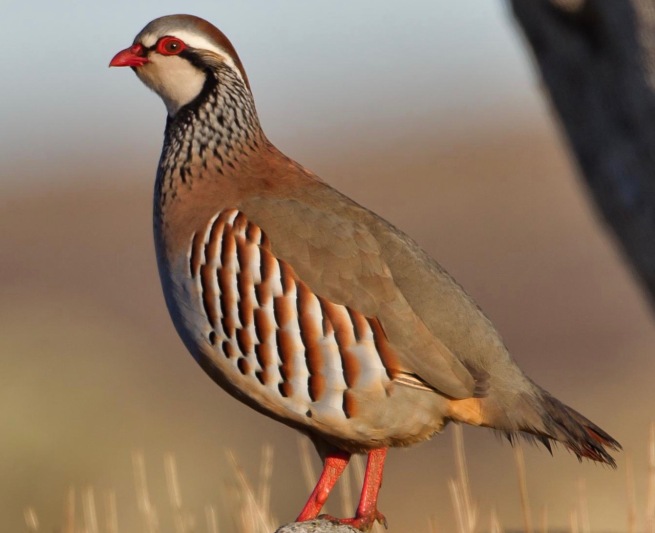 Whereas our native Grey Partridge made it across to the UK itself after the last ice age, this species was introduced as a game bird into East Anglia from France in the 1770s. It is difficult to properly assess the wild population of these birds because six million are released each year for sporting purposes. Yes, your eyes are not deceiving you, six million is what I read on the Game and Wildlife Conservation Trust website (gwct.org.uk is quite a good read for a slightly different view on wildlife).

The wood, too, has come alive with insects:

Other photos from the wood:

The last photos for today are taken within an hour of each other at the wild pond back at the meadows and seem to be the perfect pair of pairs: 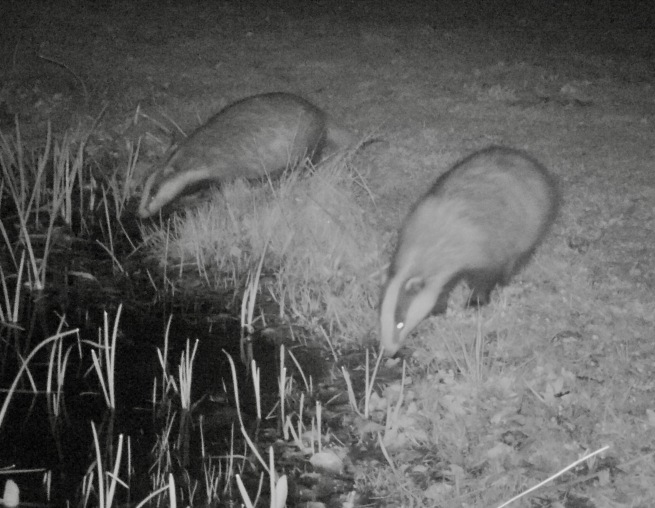 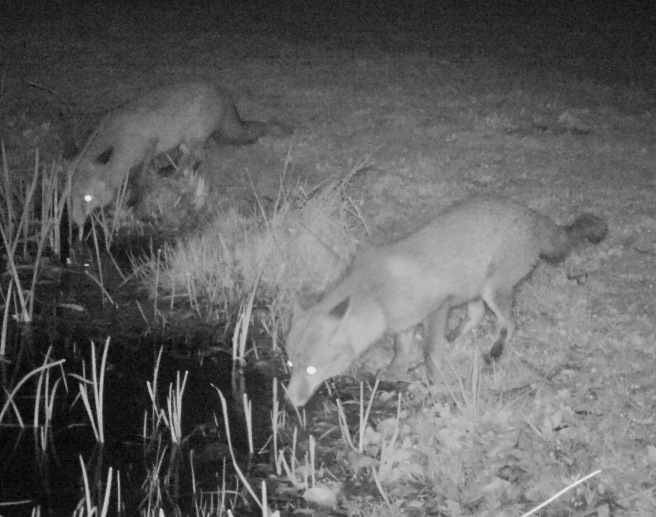