We are still getting early morning visits from the Heron, fishing for frogs in the pond: 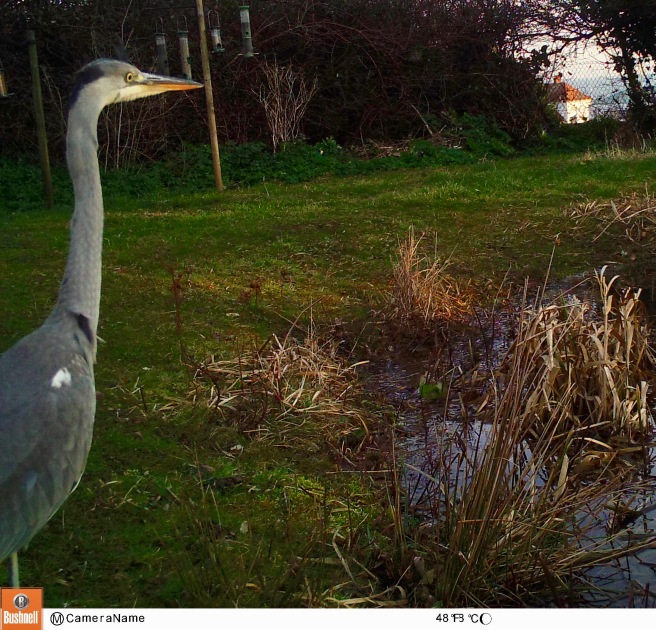 It has an unexpected strip of black and white feathers running down the front of its neck: 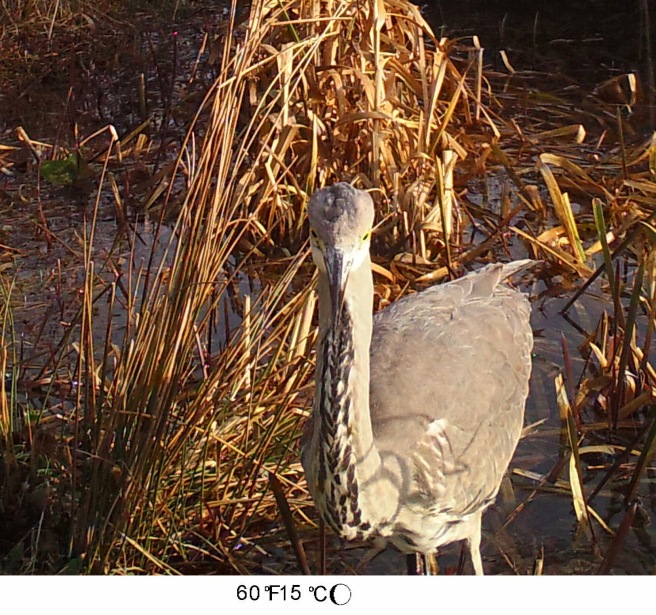 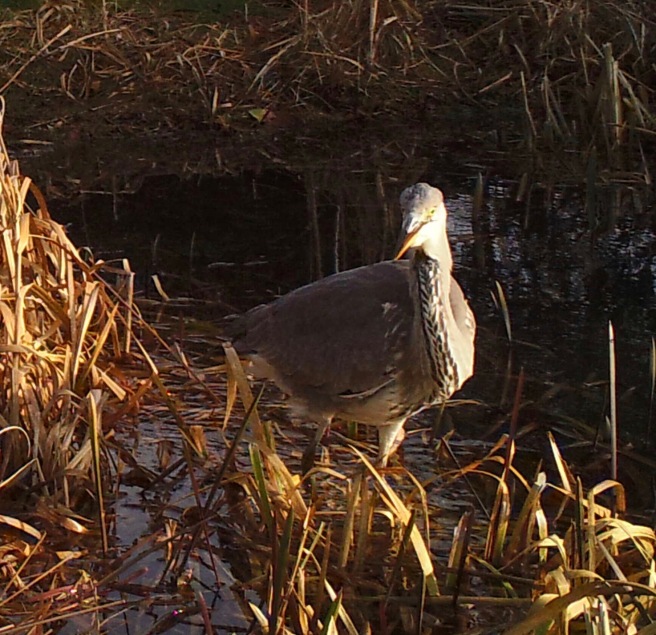 For the last two nights, we were flabbergasted to see that it was fishing through the night as well, taking advantage of the full moon and the clear skies. The times shown on the photos are accurate: 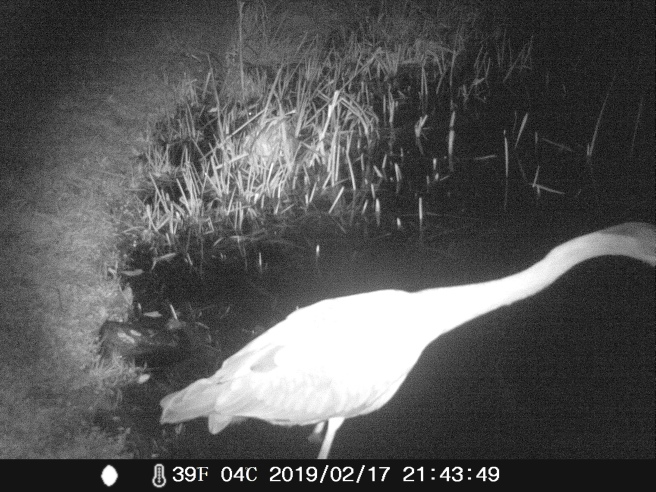 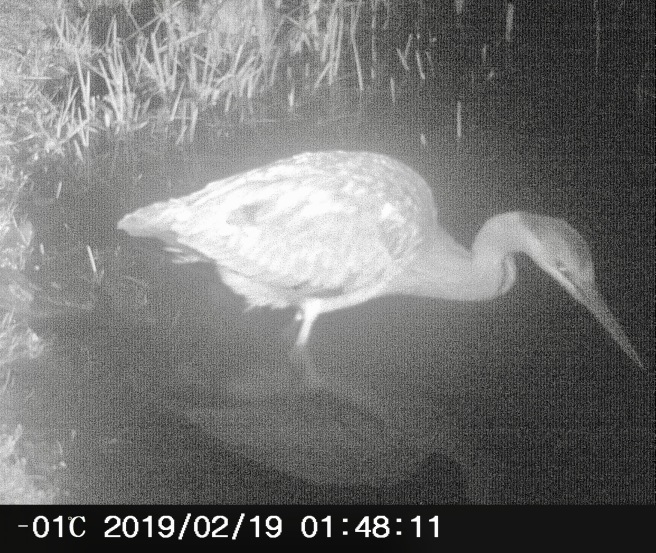 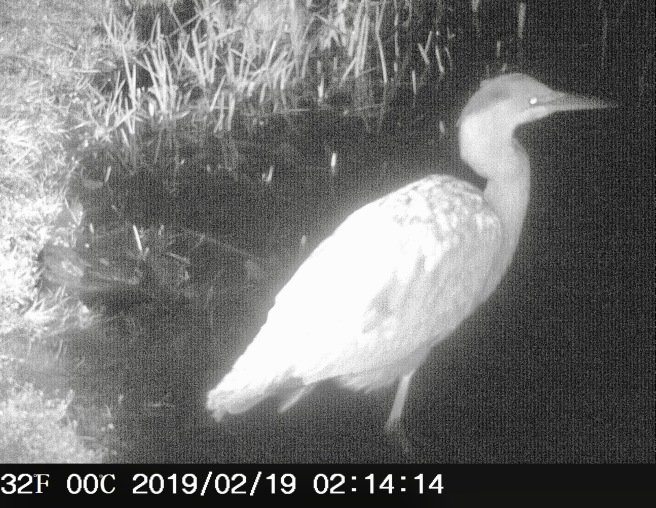 This doesn’t seem to be quite cricket to me and I will be pleased once the nights darken again. The Heron is a silent and ruthlessly successful assassin and I am beginning to worry that it will be completely emptying the pond of frogs.

However – there’s more – it seems it is not just frogs. I have photographic evidence of it taking four newts during this morning’s fishing session: 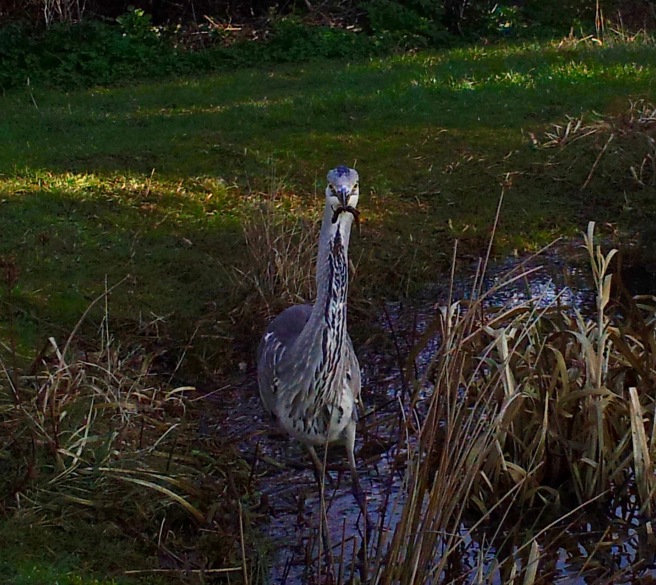 Like Gussie, in P G Wodehouse’s Jeeves and Wooster, who had a passion for newts and kept them in the bath, I too have a real soft spot for them and I find it difficult to watch them being taken like this. I have to console myself with the fact that there is a lot of vegetation in that pond for them to hide under.

This is not the first time that we have seen birds hunting amphibians at night. Here is a  Tawny Owl from a few days ago – we are delighted because we haven’t seen one for months, although it was a shame there was dew on the camera lens:

But last summer, we got this shot of a Tawny at the hide pond – presumably hunting for frogs:

I think that this fox below has been raiding night fishermen of the human kind down on the beach. This looks to me like a piece of fish that has been cut up for bait: 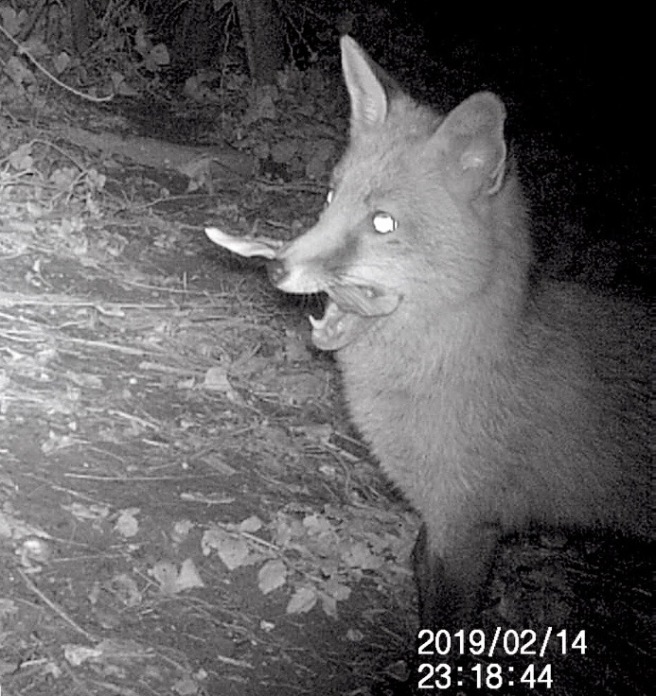 Walking around the meadows this morning in the February sunshine, there was a Lark ascending in full, glorious song above my head. It then descended again into the grass. Of course I had the wrong lens on my camera but that happens so often I don’t know why I even comment on it:

All winter we have had a flock of House Sparrows feeding on the red millet that we have been putting out in feeders.  Their cheery chirruping from the shrubbery has been a real feature of that part of the meadows this year. We have now seen them starting to gather bedding material and so have just taken delivery of this Sparrow terrace: 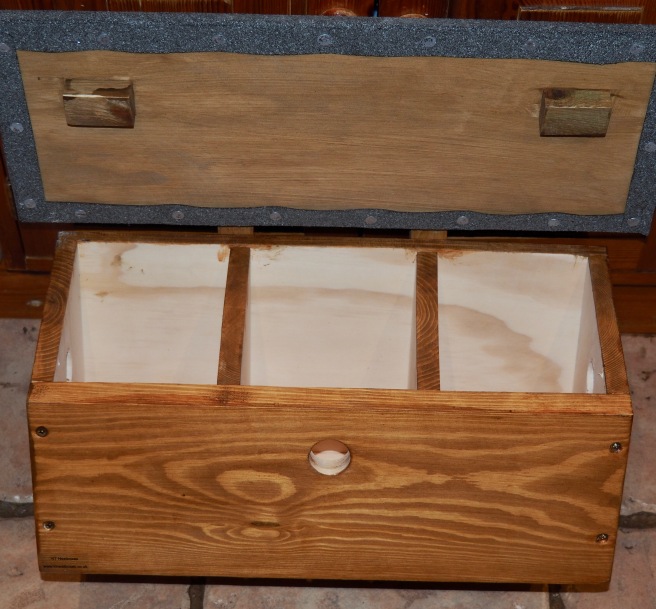 Sparrows like to nest colonially and so it will be interesting to see if they like it.

Here are a few other recent photos from the meadows that I like: 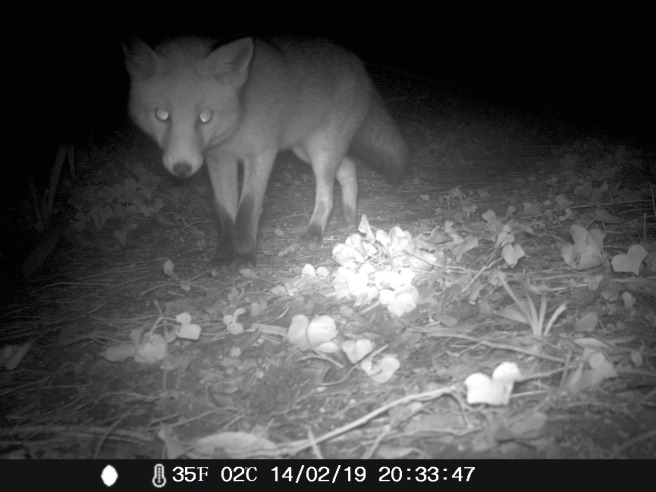 Very rare to see the Badgers here out and about in daylight:

So much of a Badger’s diet is made up of juicy worms that they seldom need to drink:

The main reason we bought the wood was to nurture and study the habitat and wildlife. However, we also want it to be a place where family and friends can come and immerse themselves in nature. Maybe even grandchildren someday! Last weekend one of our sons, who is very interested in bushcraft,  visited the wood and tried out his new hammock: 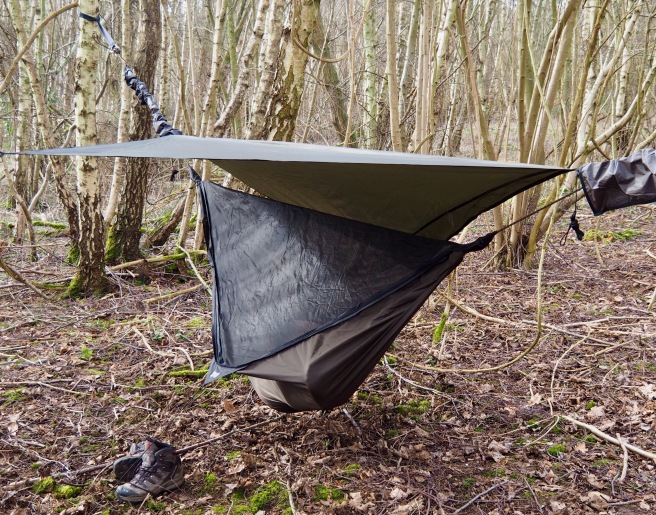 Well, we all tried it out – it is a completely enclosed zipped cocoon with a mesh top and a roof above as protection against the weather. It is also extremely comfortable. We could  envisage ourselves waking up on a beautiful May morning , the dawn chorus in surround-sound, having had a good night’s sleep in the Great Outdoors  – we have now promptly ordered two more for ourselves. I am not a keen camper but I really think that this is a way to enjoy spending a whole night out in the woods.