After the dramatic raid earlier this week by a badger on a wasps’ nest built in a pile of hay, the wasps are now working hard at rebuilding and you cannot but admire their pluck because the devastation is severe. This morning, while we were standing watching them at work, this large hoverfly, Volucella inanis, a parasite of wasps’ nests, arrived on the edges:

After the badger attack, we found the discarded combs from the nest and they had been cleared of all the wasp larvae. However, the flat, parasitic larvae of these hoverflies were still wriggling within:

And now, here was the hoverfly again, watching as the nest is rebuilt and biding her time before she enters the nest and lays her eggs within:

She wasn’t laying her eggs today – this was just a reconnaissance, I think, to see how the wasps are getting on and if they are ready for her.

We are seeing three Grey Partridge eating the seed on the weedy strip and I have checked with the bird ringer and confirmed that these are two adults with a juvenile in the middle:

There have been some hawker dragonflies over the ponds but, frustratingly, at no point have they landed so that I can photograph and ID them. While I was waiting to see if they would co-operate (no, they wouldn’t), I took many, many photos of mating and egg-laying Ruddy Darters: 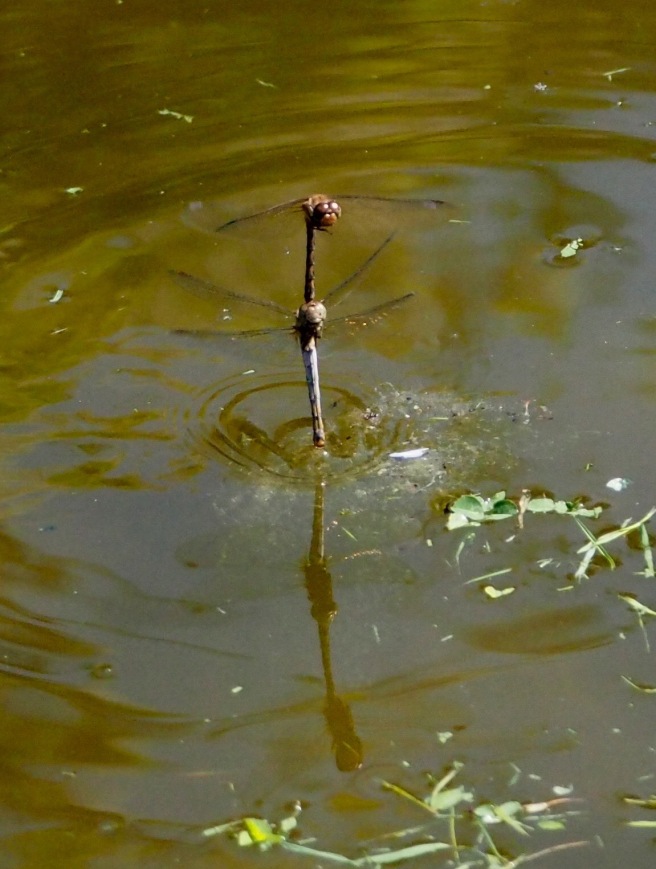 And two last photos that are too lovely to leave out of today’s post: