The UK is the northernmost range of these Common lizards. Further south, they lay eggs but in the UK, as an adaptation to our northerly clime, the eggs hatch inside the female and she gives birth to 7-8 babies in August that are about an inch long. This lizard here looks like this is about to happen, she is a most peculiar shape.

There has been day after day, week after week of baking hot weather and no rain. The two ponds are now so low, but we have resisted topping them up with tap water because this introduces nutrients with consequent blanket weed/duck weed issues. The level of the hide pond has gone down such that the sides are now so steep that birds are not able to get at the water. Therefore, we have built a jetty: 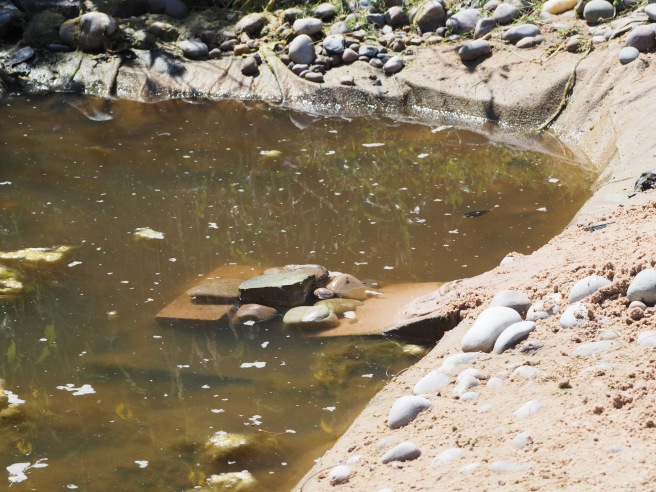 This was so immediately put into use such that we felt guilty for not doing it before: 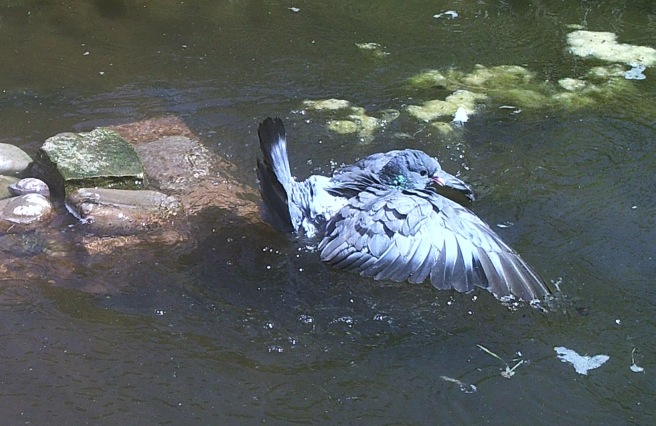 Such was its popularity that we have now built another one: 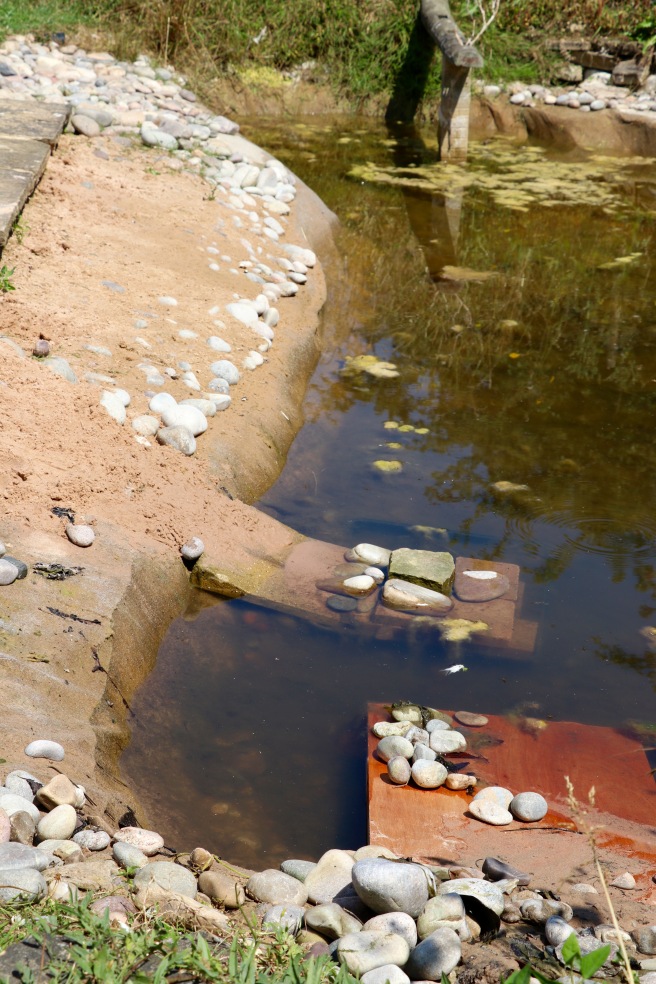 We have some new species at the ponds:

And delighted to see this second brood Small Blue in the reeds at the side:

We have these dried and empty wheat heads scattered about the place. There are lots of them but its not because a nearby field has been harvested and these have blown across because this has not yet happened:

No, I think the culprits have been captured on film below. Corvids are raiding the farmer’s field:

Here is a photo of two mating 6 Spot Burnet moths that I haven’t managed to include above but is too lovely to miss out. How do they know that they have found another 6 Spot Burnet rather than a 5 Spot – do they count?

My final photo for today arose because, elsewhere, a Stock Dove unfortunately flew into glass and broke its neck. We put the dove on the cliff path and were pleased to see that, sad though its death was, at least it wasn’t then wasted: