Three trail cameras that have been looking at the bare earth strip for the last couple of months have been released to other duties around the place. One of them is now trained back onto the perch up by the paddock with great results:

We ran the moth trap over the weekend and were delighted to find a Bright Wave in the trap. This little moth is tremendously rare and red listed and is really only to be found in this little tiny stretch of coast here:

It hasn’t rained for weeks and weeks and we are worried about the newly planted oak trees. These watering jackets seem like a good idea – you zip them round the tree, fill them with water and then the water drips out over the next 5-9 hours. The slow release means that the water sinks in and doesn’t run off the baked soil surface. 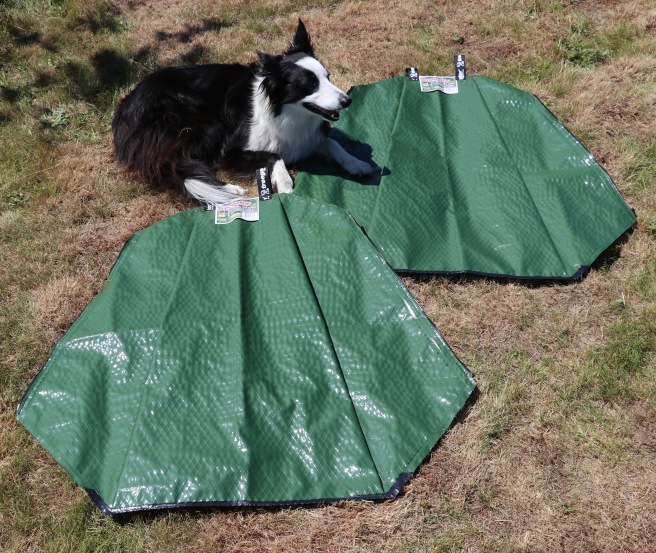 Hopefully these will help to ensure these trees make it through the summer.

We have had some visitors to the meadows who are equally as nature bonkers as we are ourselves:

This enormous lens was taking this scene of Azure Damselflies: 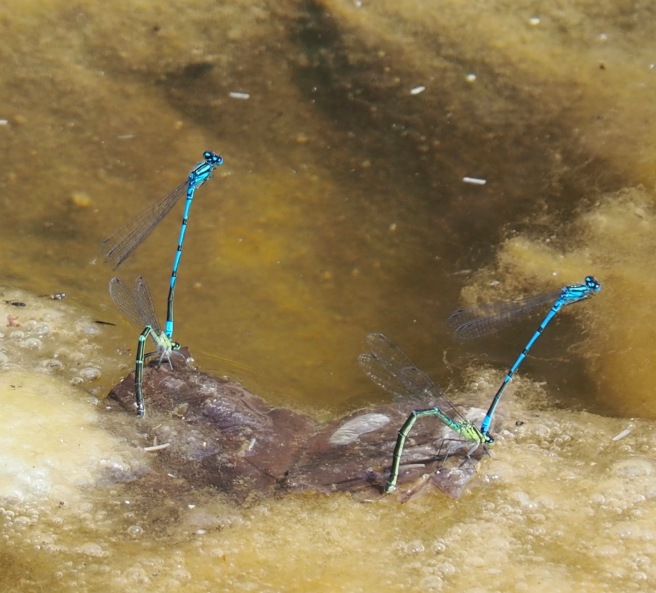 Above is my photo of them. I haven’t seen what the results with the big lens were yet.

This Ruby-tailed wasp (Chrysis ignita) was hanging around the Red Mason bee hive today. Its a complete beauty, but it is a parasite – a cuckoo wasp. Its trying to lay its own eggs in the Red mason bee’s nest and its young will live off the bee larva.

And a lot of Large, Essex and Small Skippers this year: 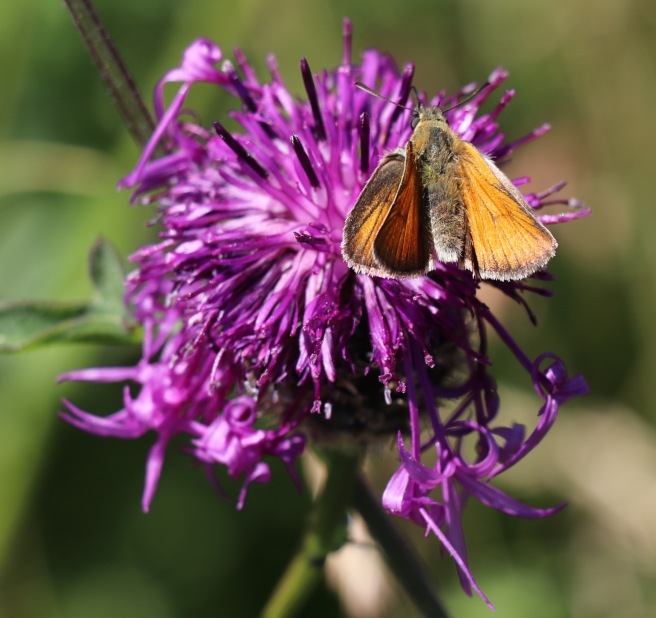 Its now early July and the meadows are looking rather marvellous with the intense yellow of the Lady’s Bedstraw and the purple of the Knapweed. 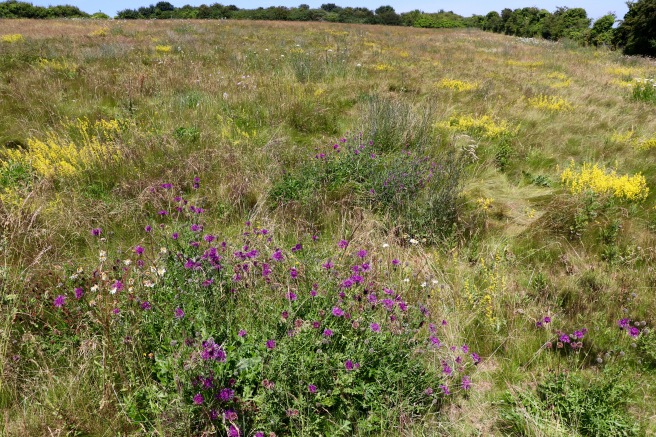 Although we do need some rain…….