I have spent the last two evenings in the pond: 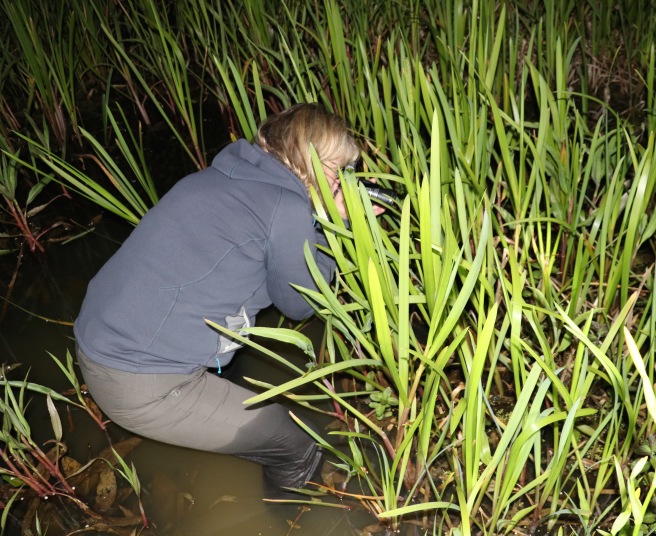 Last night, I photographed an entire sequence of dragonfly emergence and then emerged myself from the pond feeling triumphant. It was then that I realised that the camera was on a stupid setting and no photographs had in fact been taken. So I went back in this evening and this time had to sit in the water because the larva I was following hadn’t climbed very high.

This is what I got:

The Emperor larva climbs out of the water and wraps its arms around a reed: 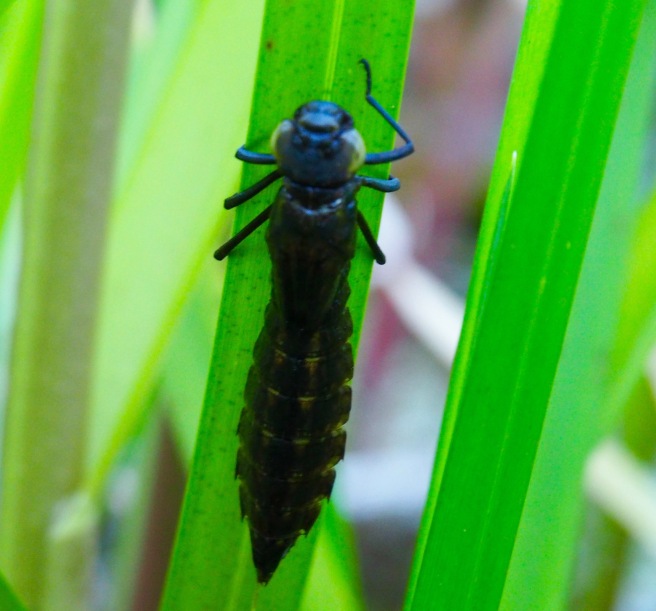 Cracks appear in the back of its shoulders: 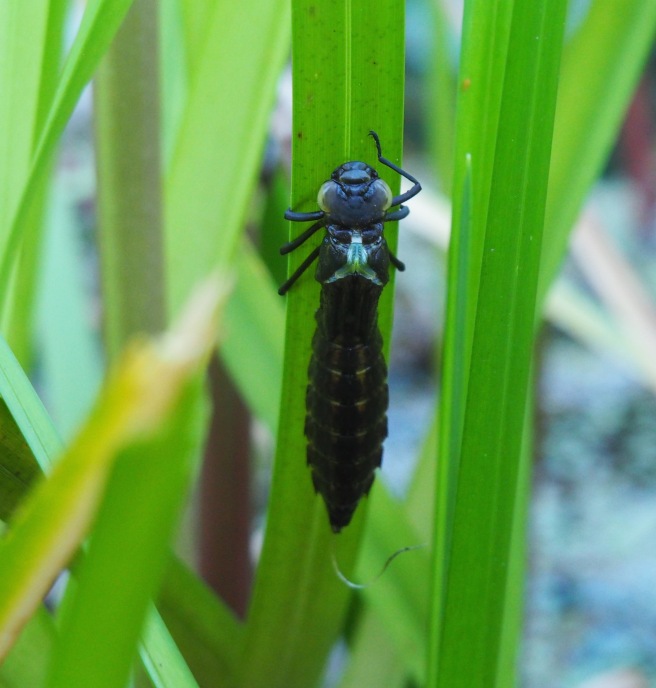 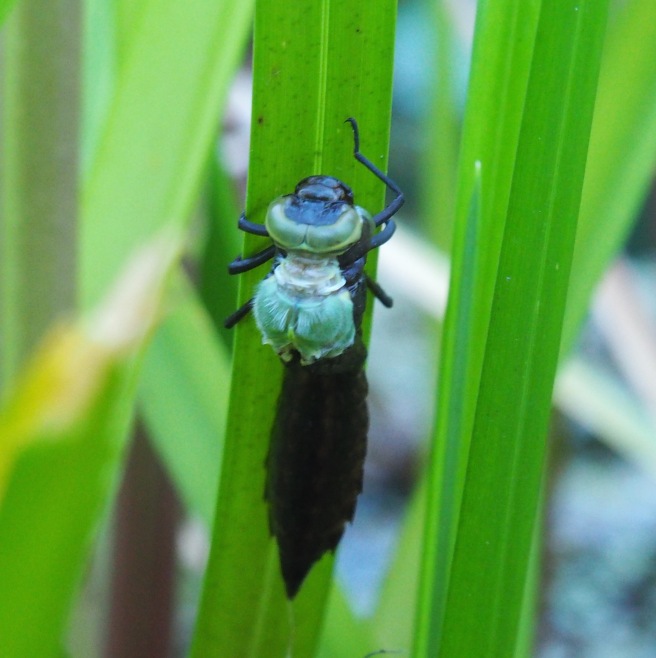 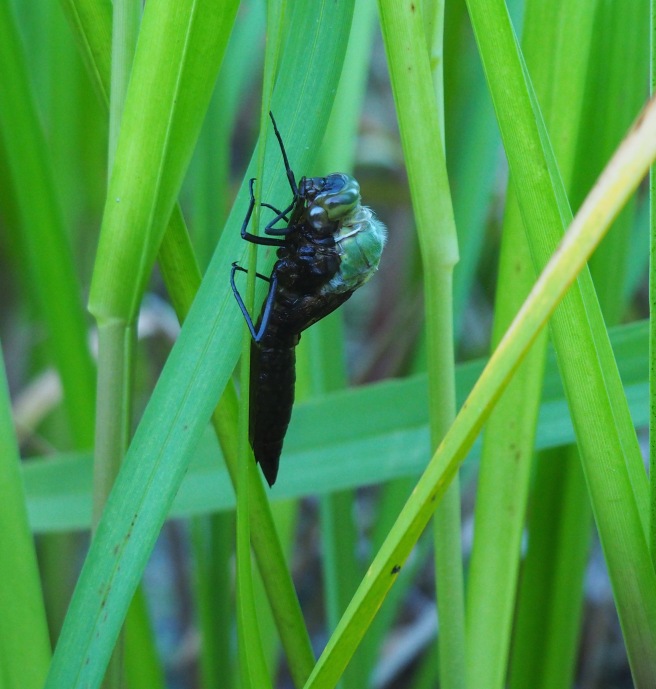 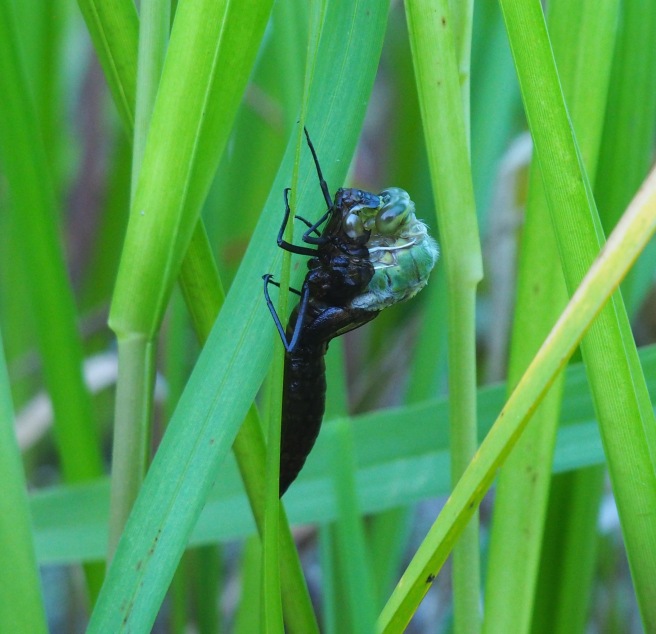 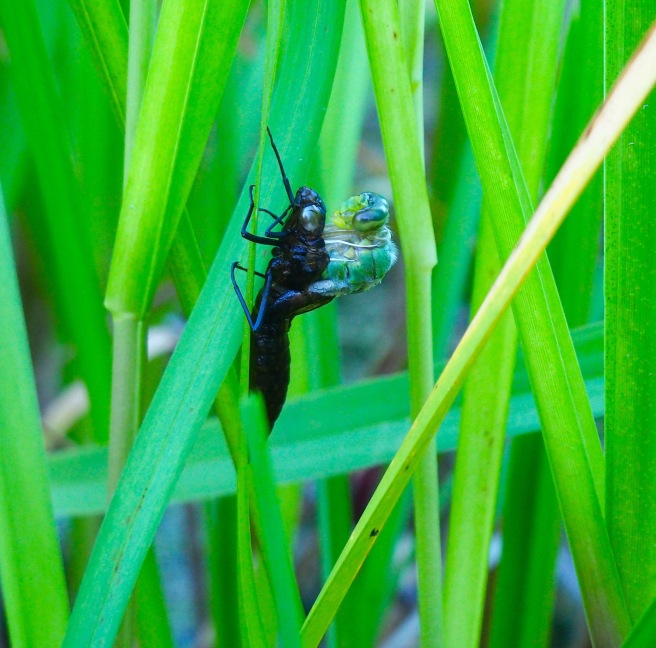 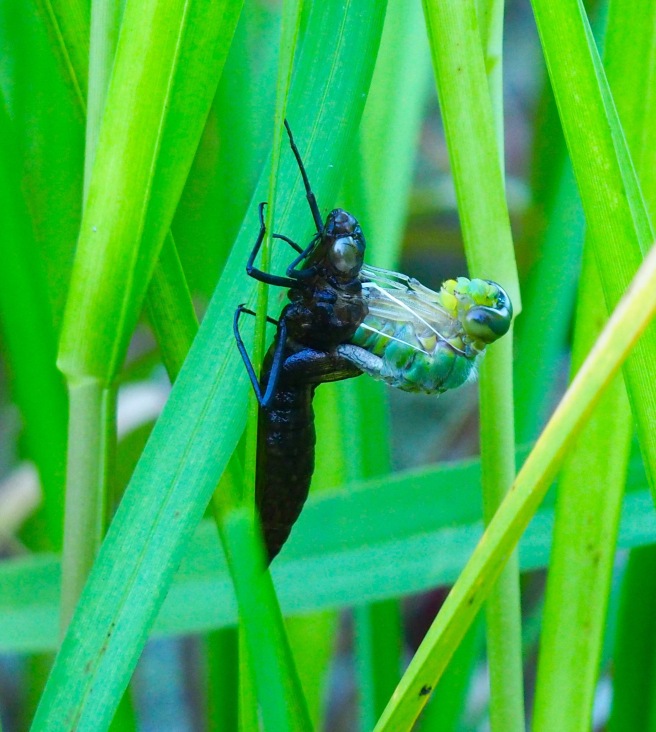 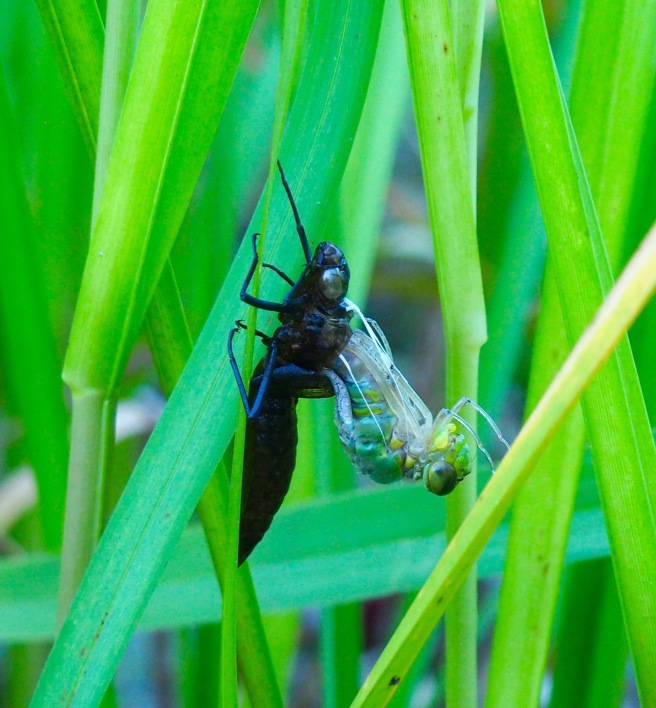 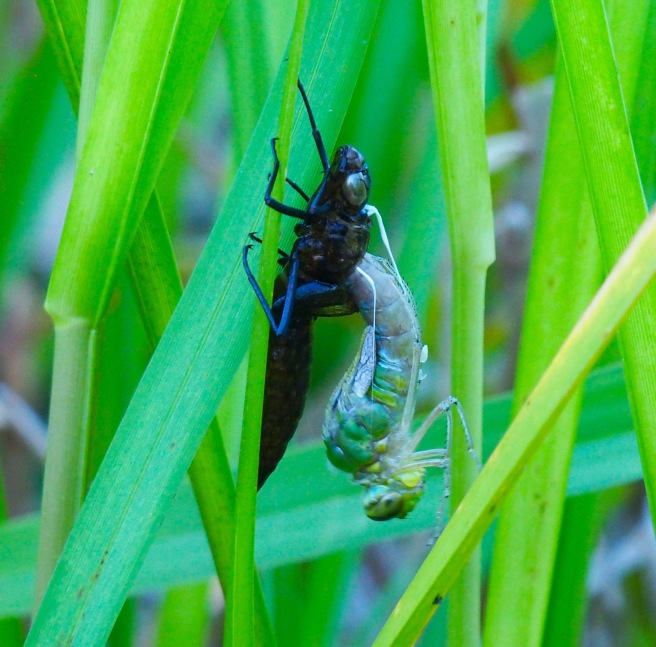 Once the dragonfly is dangling out backwards like this, there is a bit of a lull in the proceedings and onlookers might start to get a bit restless. But if you do get bored and don’t pay sufficient attention, frustratingly you might miss the next bit, because it happens really fast: the dragonfly bends forwards, clasps the head of its old husk and pulls the rest of its body out: 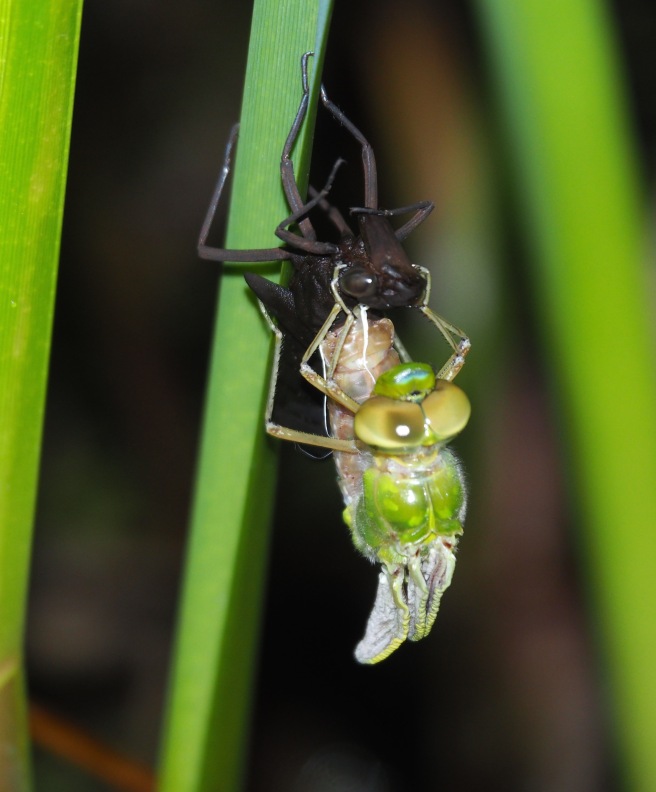 Now that it has flipped over, the wings very quickly start pumping up: 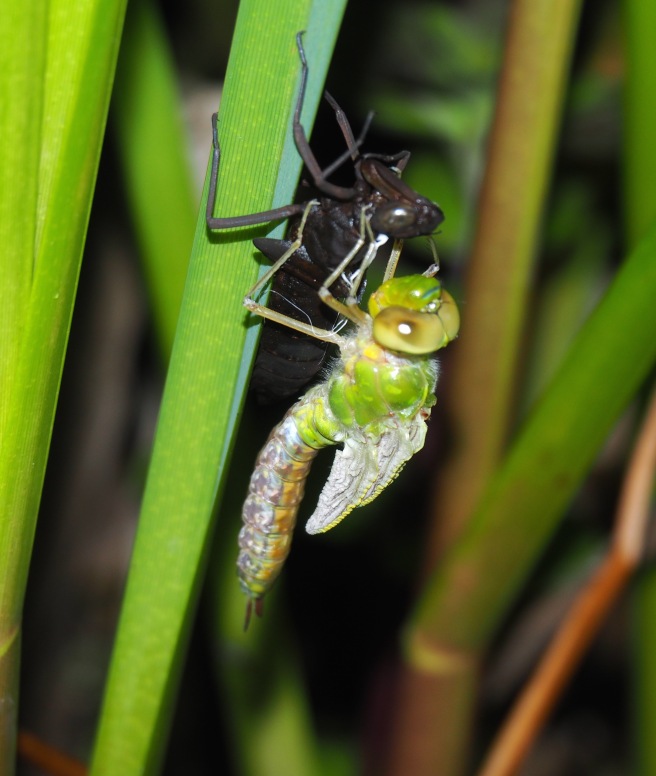 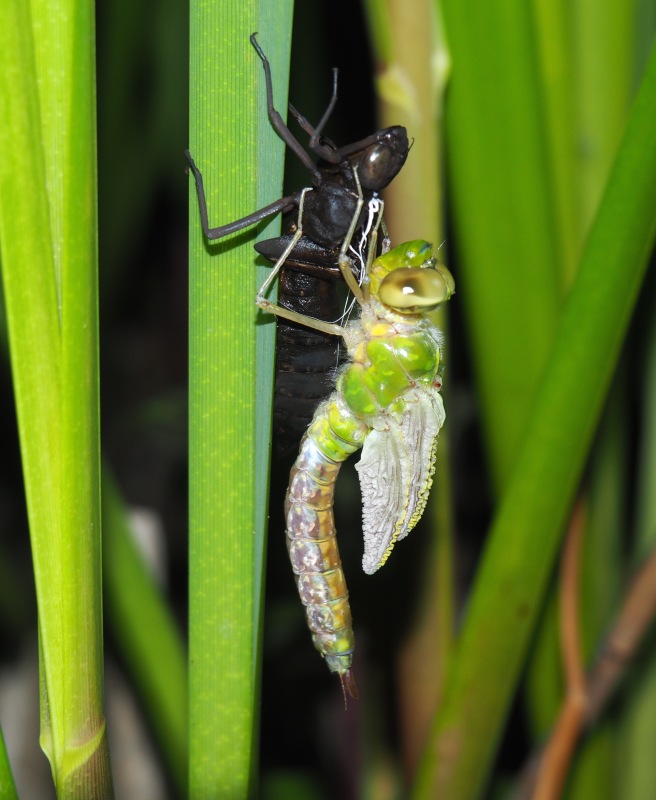 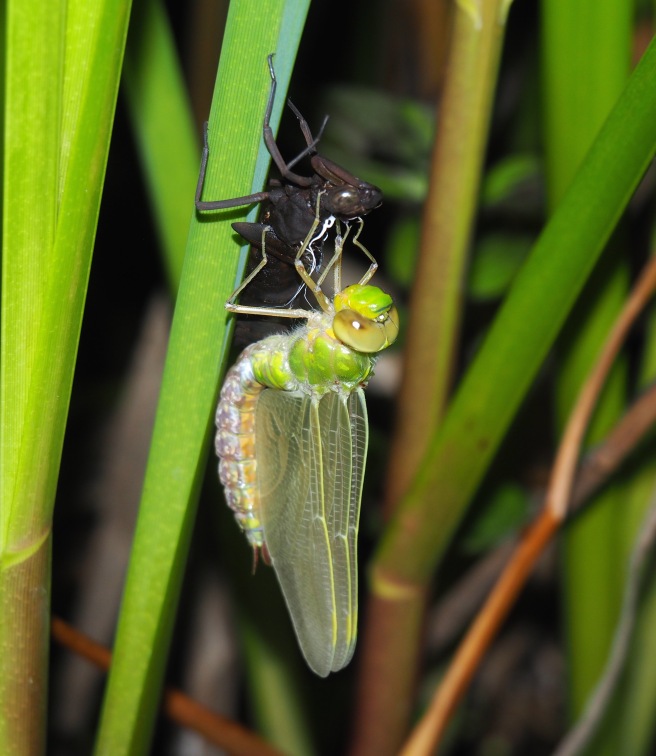 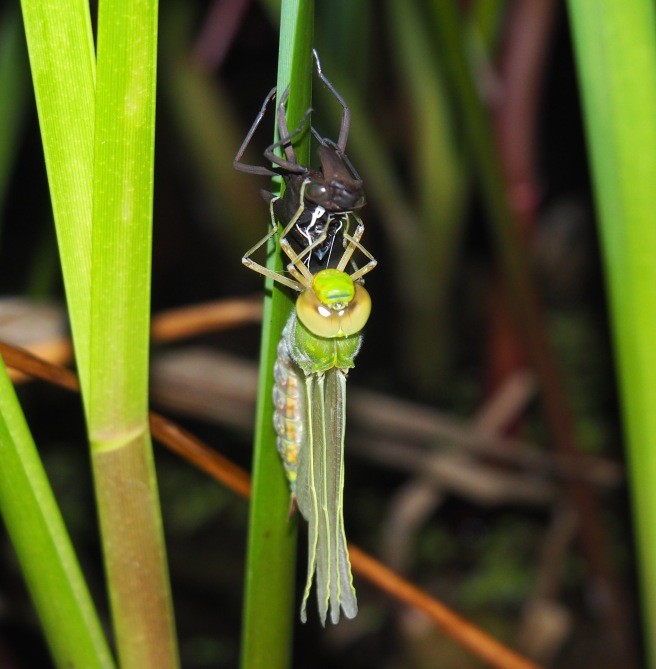 This is the point that I got out of the pond, but there was another emergence going on close by that was a bit further along: 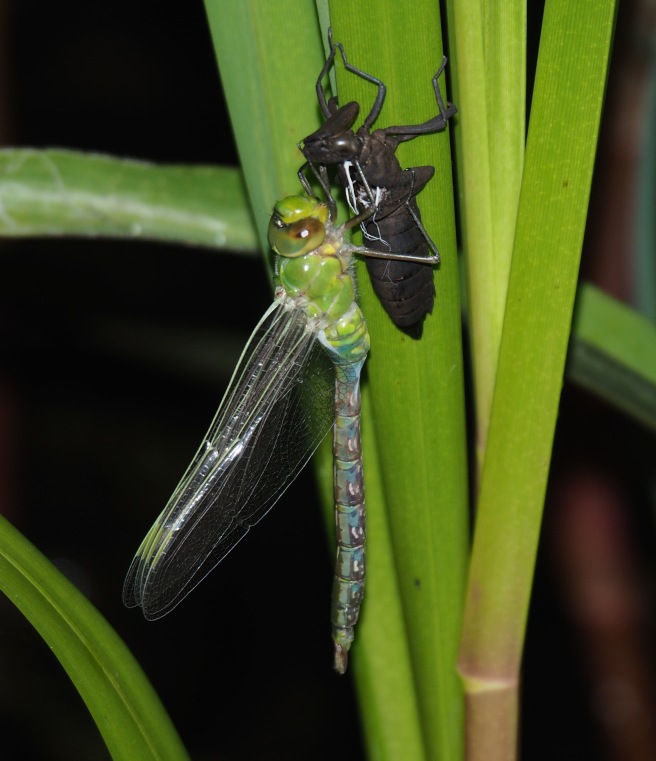 By the next morning, all the dragonflies had departed apart from one: 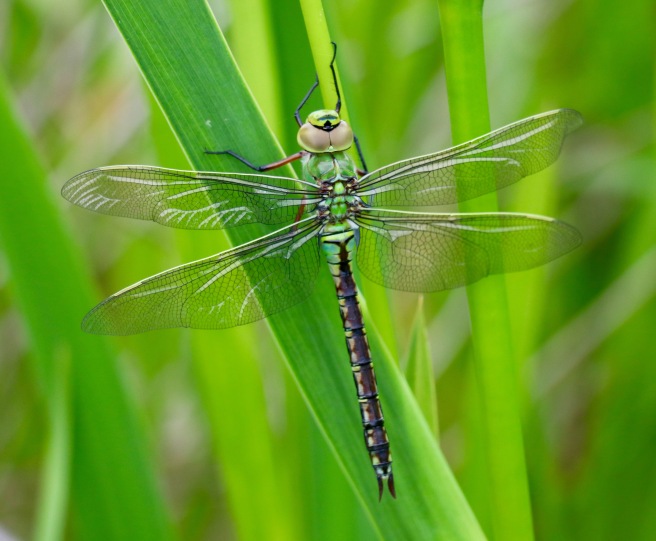 Up to today, we estimate that there have already been 50 Emperor emergences across the two ponds. This evening there are many, many more going on as I type.

Dragonflies are such magnificent things and I am really enjoying getting to know them a bit better.