Yesterday evening, some frogspawn had appeared in the wild pond: 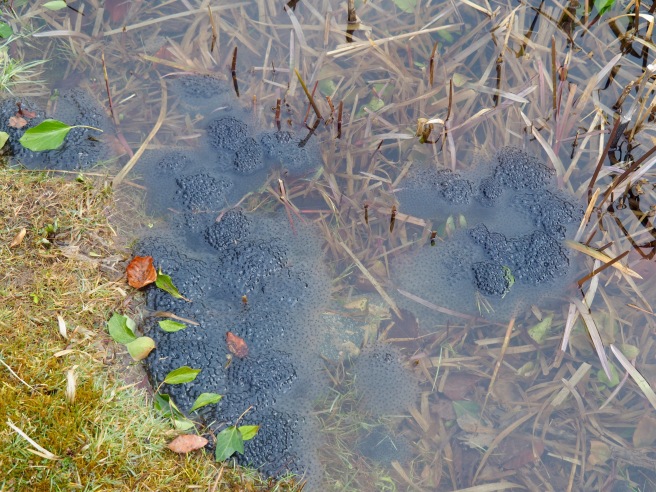 We hurriedly put some cameras on it before it got dark.. 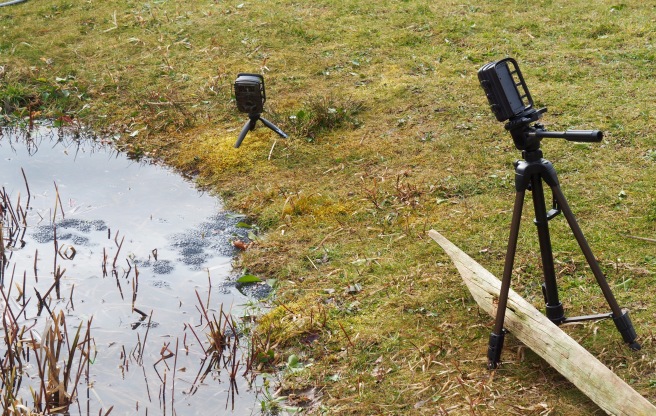 One camera on a normal tripod and one on a little-legged travelling tripod.

In the morning, the camera on the normal tripod had captured nothing at all. However, the camera closer to the water had taken the most wonderful photos all through the night: 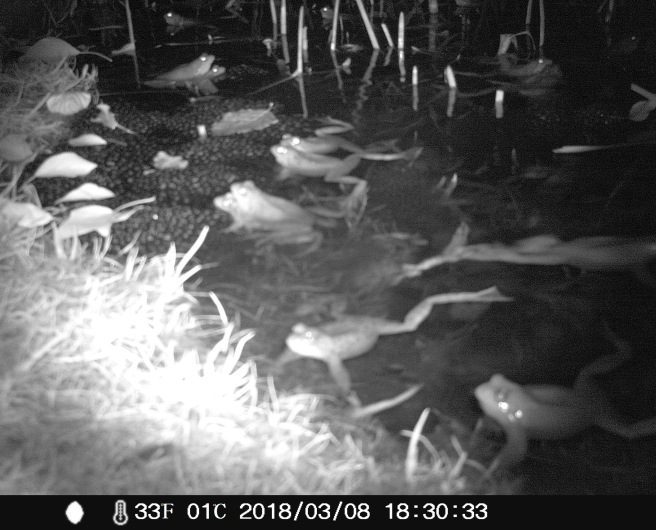 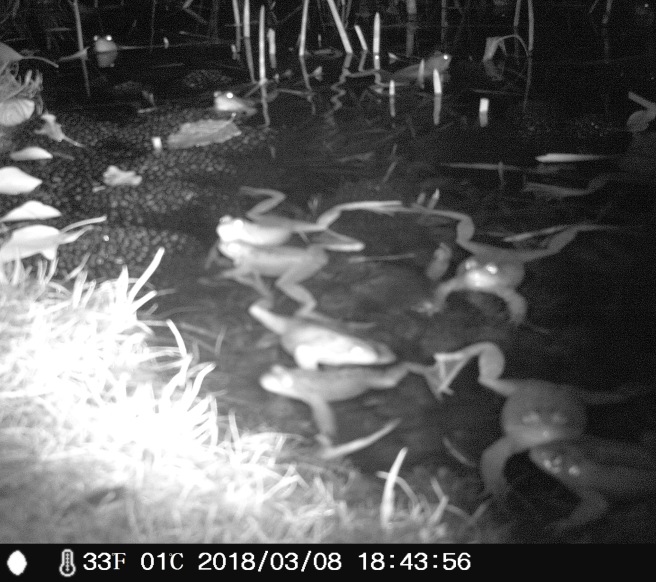 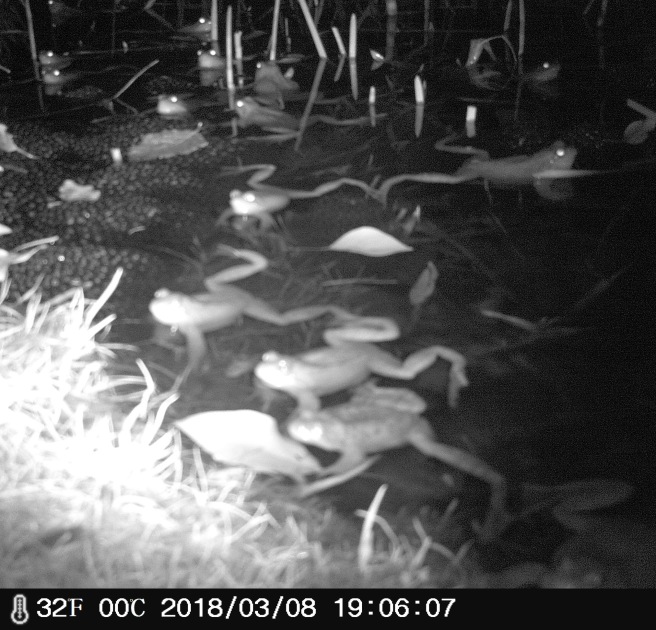 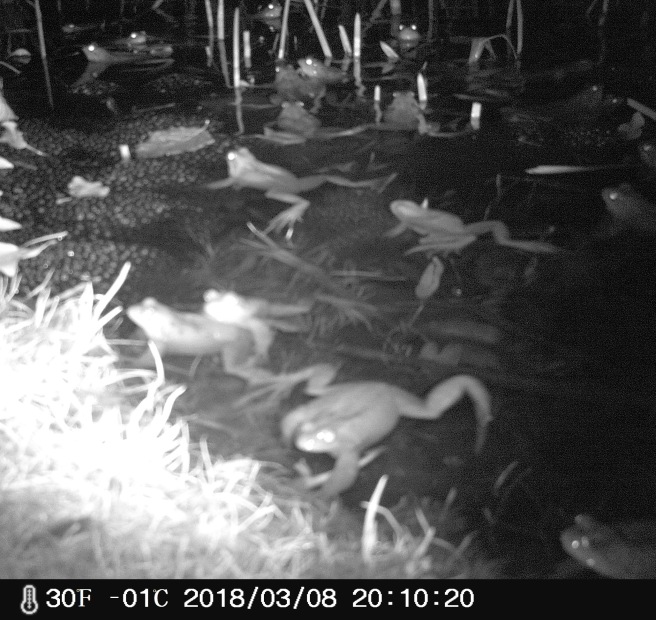 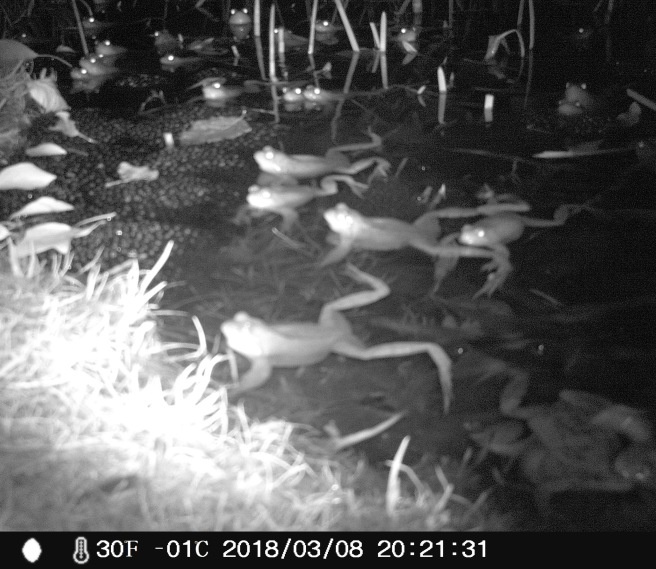 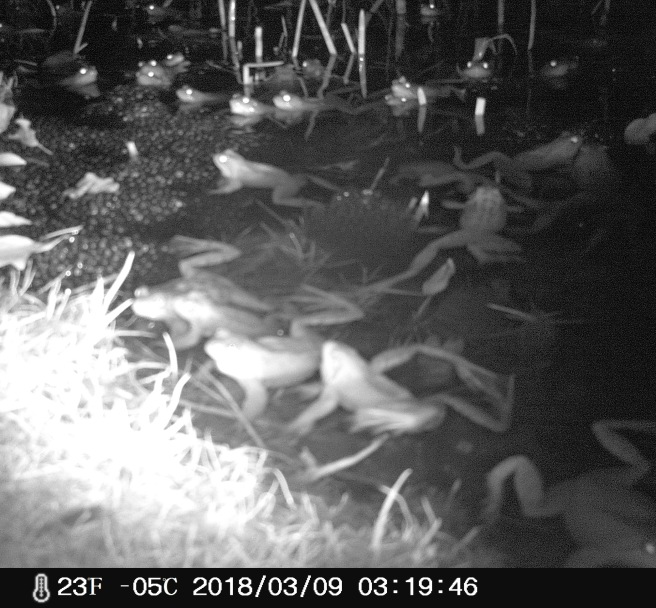 This pond is only three years old and it is most satisfying to see it being such a hub like this in such a short space of time.

They are all there again today, partying as the sun goes down and so there may be more spawn by tomorrow.

Although the camera on the normal tripod is not being triggered by the frogs, we have left it in position. This is because the year before last the frog spawn was all eaten by the foxes. Should this happen again this year, it will capture all the incriminating evidence.

On the other side of the same pond, we had this beautiful bird come down to drink: 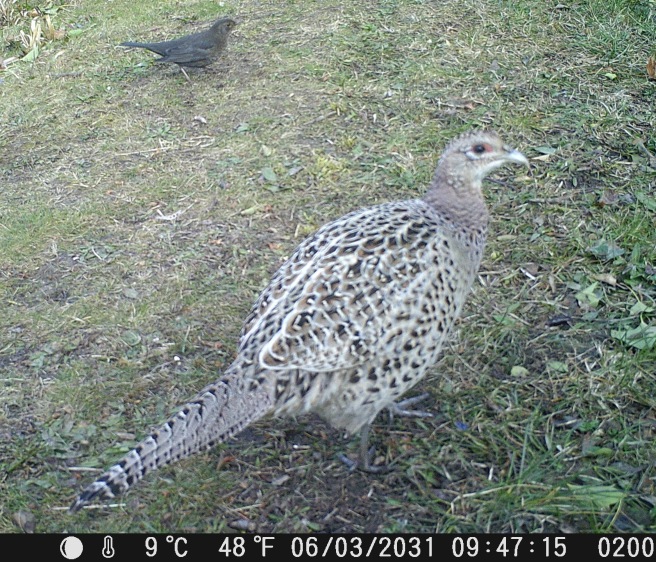 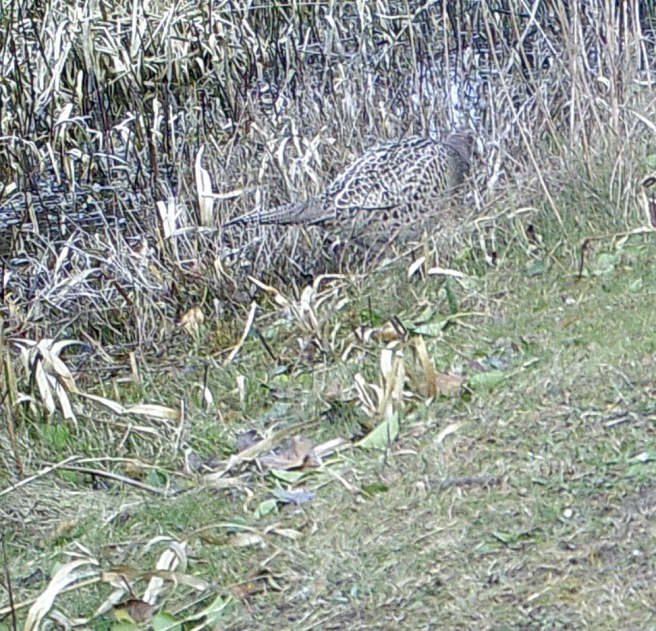 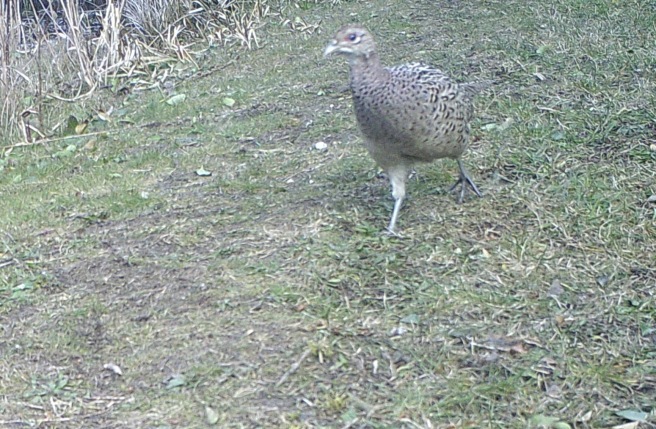 She’s a beauty. A female Pheasant.

We were also visited again by the Tawny Owl – the first time on the perch for quite a long time. The weather just hasn’t been calm enough for them to hunt – I wonder how they have been surviving.

However, as you can see, I clearly need to adjust the position of the camera: 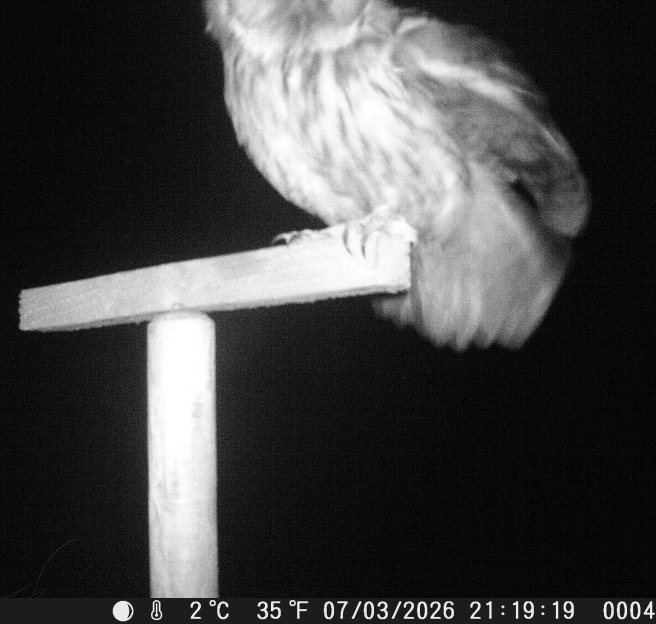 I try to remember to record the day that iconic things happen each year. And so I can tell you now that the first frogspawn appeared on 24th February last year – nearly 2 weeks earlier. I am sure that last weeks awful weather played its part in that but there is a real sense out there that all that is behind us now and its time to get on with Spring.