Slimbridge, Minsmere, Wicken Fen, Shapwick Heath and Kent’s very own Stodmarsh – all wonderful reserves that have tower hides to get far reaching views over the landscape.

We decided that we needed a tower hide since the second meadow is difficult to view. And here it is being carried up to its new home which is the left hand copse of trees in the photo.

It is a deer shooting seat that cost less than £100 but nonetheless appears to be very sturdy. It arrived flat packed but didn’t seem to be much trouble to assemble….mind you, it wasn’t me that did it.

It is designed to lean against a tree trunk and the seat sits 3.5m above the ground. Here it is in position:

Although I am assured it is perfectly safe, the ladder was a bit wobbly for my tastes and I have requested a few extra safety precautions and ladder props be put in place. However, I did go up it and have this photo to show you of the view over the second meadow from the seat:

Nice view of the new Turtle Dove strip that was dug yesterday.

Actually, last night we put cameras on the newly dug ground because we thought that it would be checked out by the creatures of the night: 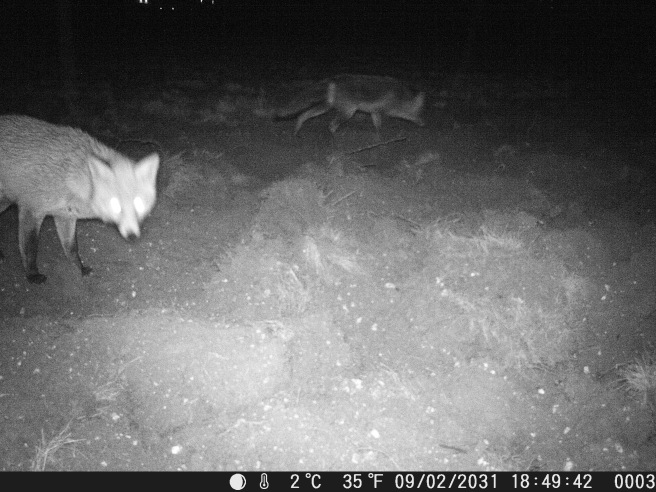 We had lots of photos of foxes rooting around in the earth. Also, at the butterfly bank: 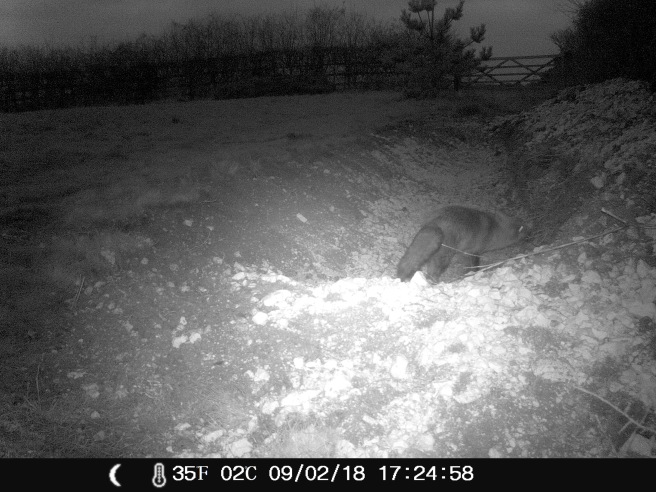 Just the other side of the hedgerow along which we have dug this butterfly bank is a World War II ruin that has become a rabbit warren and we do get a few rabbits venturing in along this edge:

I didn’t realise that rabbits were nocturnal – a search of the internet seems to suggest that they are crepuscular, being most active at dawn and dusk. But this one was out and about at 1am.

As a child, I always wanted a treehouse. Maybe I still do. But what we have for now is this shooting seat (..camera shooting only) and there is something wonderful about being up there, hidden in the canopy, surrounded by nature. I am sure it will be much used in the coming few months.