We now have 60 to 70 empty Emperor larval cases clinging lifelessly to the reeds in the pond, the dragonflies having burst forth and flown away.  We were confused about how so many emergences had happened without us being able to catch a single one in progress.

That is until we went for a stroll down to the pond in the gathering dusk last night:

Oh my goodness – they were emerging at dusk. There were about 10 emergences going on and so I rushed to get my camera to take some photos while there was still some light:

There was one larva that was just climbing up and still moving:

Once in position, within 5 minutes the dragonflies eyes started protruding from the back.

By this time it was getting properly dark meaning we were trying a mixture of using the camera flash and shining a torch and using no flash. Also, by this point I had waded out into the pond up to my knees in the dark in bare feet, trying to push away thoughts of medicinal leeches. Although there are leeches in the pond, they are not the sort that suck human blood but, once that thought was in my head, it was difficult to bat it away. 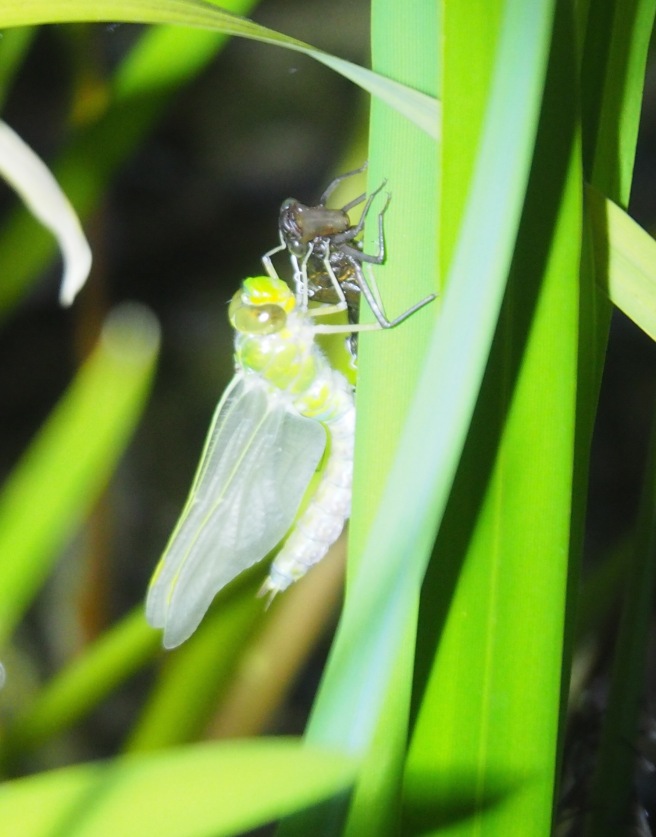 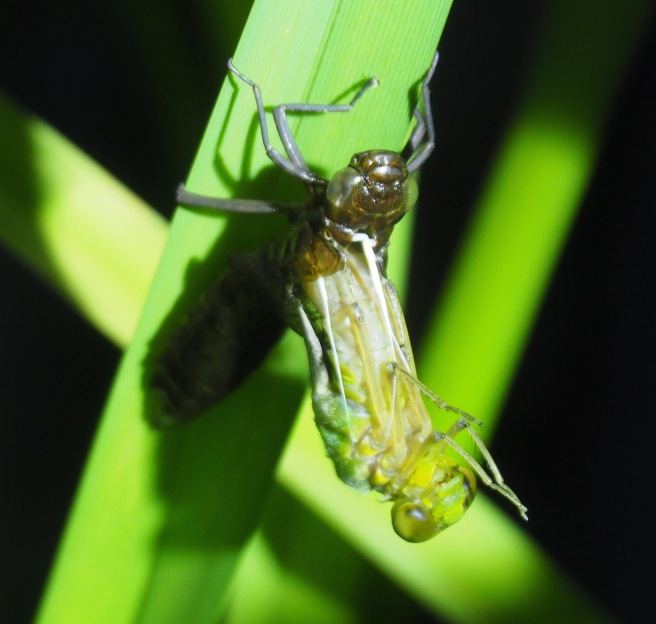 And this one which I find a bit unsettling:

This pair that had originally caught my eye stayed in this position for a long time until I thought the lower one must be a failure to launch:

But, just as I was about to try to extract my feet from deep in the pond mud, I saw that it had finally completed its back flip:

I returned to the pond at 5.30 this morning to see if they were using the early morning sunshine to warm up and pump out their wings, but every single one had already gone leaving more atmospheric empty shells clinging to the reeds, rocking back and forth slightly in the wind.