Although we intended to cut both meadows this year, we underestimated the amount of effort involved and the second, far larger, meadow remains uncut other than a band round the perimeter. This leaves most of the meadow in a state rather ressembling African Savannah with wispy yellow grasses and sporadic skeletons of meadow flowers out of which by now all nutrients have been sucked back down. I have never been to the African Savannah but this is how it is in my imagination but without the giraffes. 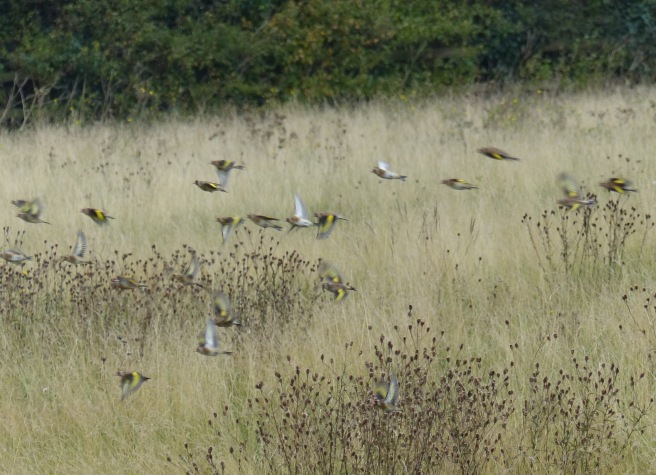 However, these skeletons – particularly knapweed – are delighting us by attracting flocks of goldfinches to feed off the seeds.

In fact, we should make a point of always leaving a section of the meadows uncut into the late autumn/winter to provide food for these birds. I have just done a quick bit of research – Goldfinches are resident in the UK although the summer breeding population is 313,000 and a lot of those migrate as far south as southern Spain in the winter, leaving a UK winter population from October to March of 100,000. So not sure whether these birds in our meadow today are migrating or hanging around, but we are very happy to provide some food for them either way. 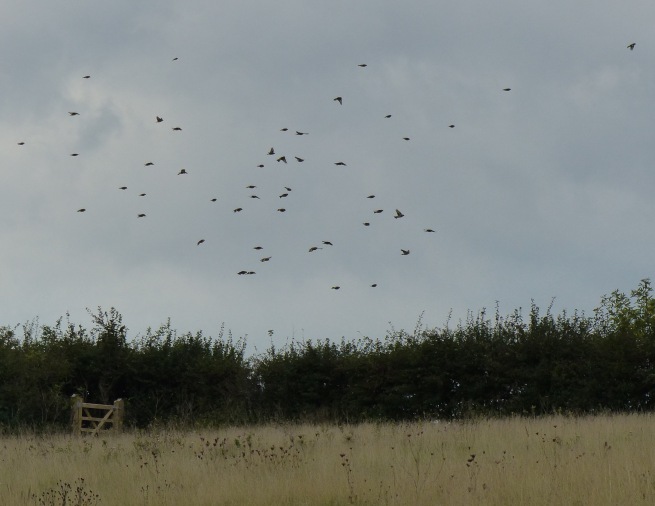