So on two beautiful late June days, members of the Trusts Land Management team came to carry out the survey. Walking round the fields with them that first day was a wonderful experience for us. Up until then, we were reasonably clueless about what was growing but, with experts at our side, we learnt so much. Who’d have known that plaintain wasn’t just plaintain but could potentially be one of three different species that we had growing, one of which was a chalk specialist and was actually completely amazing when you took the time to notice it properly.

After this survey we had a sound base level of what was there under our noses and it was easier to pounce on and identify anything new that appeared as the summer went on.

It was tremendously exciting to discover a single Early Spider Orchid and, later, a single pyramid orchid in the second meadow. Hopefully, over the next few years, we can cause the area around these beautiful plants to be more acceptable to them and they can proliferate. 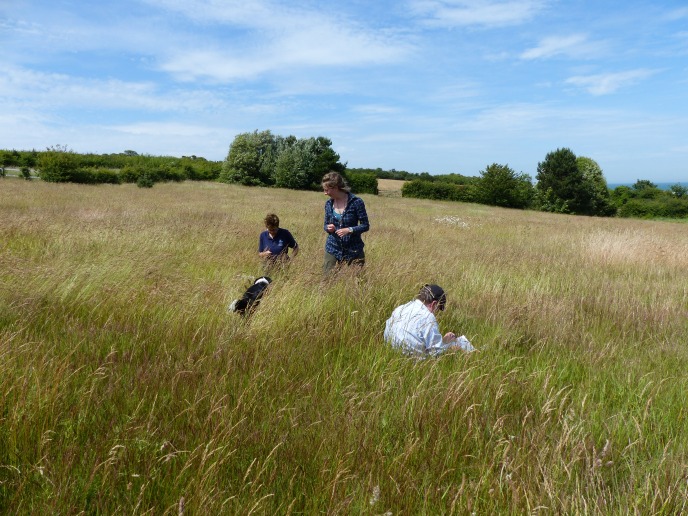