For four weeks now we have been putting out honey sandwiches with medicine dripped onto them to try to help a Fox with mange. But, frustratingly, we have missed the intended target on every single day. The trouble is that the Fox visits at different times and every day our healthy resident Foxes get to the sandwiches first.

We have also seen the mangey Fox out and about during the day and it is difficult indeed to watch its condition worsening while our attempts to help it are proving so inadequate.

Here it is this morning under the bird feeders:

Here it is when we first saw this Fox a month ago, showing how much worse it has got since then: 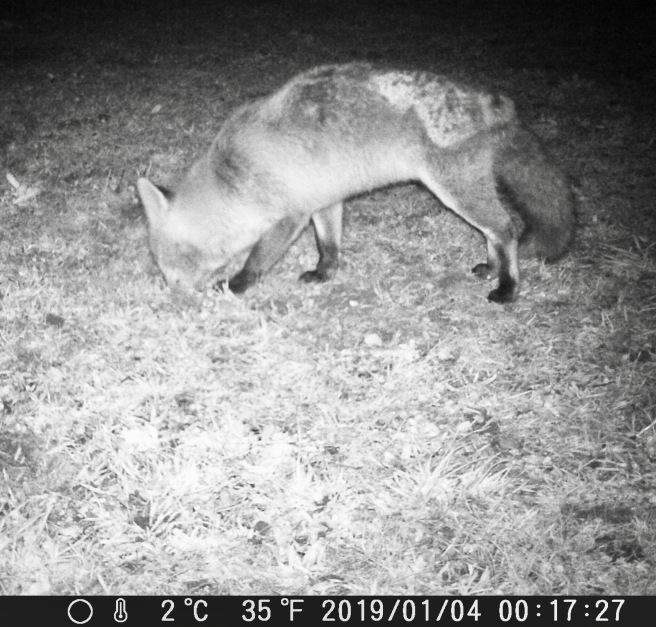 I had a long phone conversation today with a lady from Kent Wildlife Rescue on Sheppey and her suggestion was to build a shelter. This Fox is not part of the population of Foxes who live on the cliff here in warm burrows and it is probably in need of somewhere to go to keep warm. As it gets sicker, it will need shelter more urgently. If we build a shelter and it uses it, we can put the sandwiches near the shelter for it. Or maybe she can come and try to catch it in there. She also suggested putting some of the sandwiches out during the day when it is only the mangey Fox that is out and about, although the Crows and Magpies will then be an issue of course.

This seemed like a very good plan and, within the hour, we were out there building a shelter in the copse of trees close to the feeders where we filmed the Fox this morning.

It was good to have something positive to do to try to help and we will now cross our fingers and see if it works. The mild winter until now has meant that the mange-causing insects haven’t been killed off by the cold. However, our healthy Foxes will be protected whilst they continue to eat all those honey sandwiches that we are putting out.

Before leaving the subject of Foxes, here is one going over the gate:

Robins seem very prominent at the moment and are prepared to get very close. How lovely they are:

The camera in the Mustelid box is not taking very good photos of something as small as a Pygmy Shrew, but these photos do still show what a really quite extraordinary nose they have: 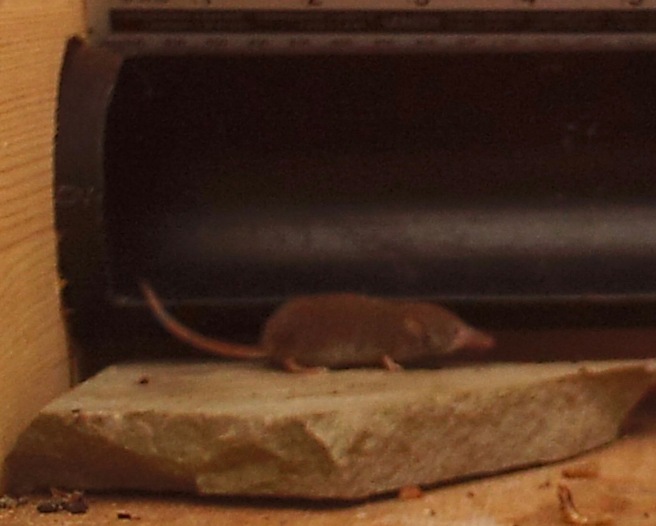 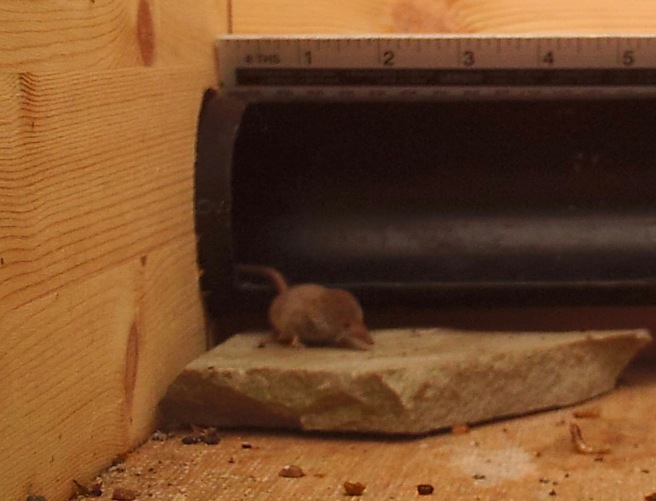 Moving on to the Wood, it seems that we were hopelessly naive in assuming that Rabbits don’t like eating conifers. The Nordmann Fir baby bare-root Christmas Trees we planted a fortnight ago had been terribly nibbled. 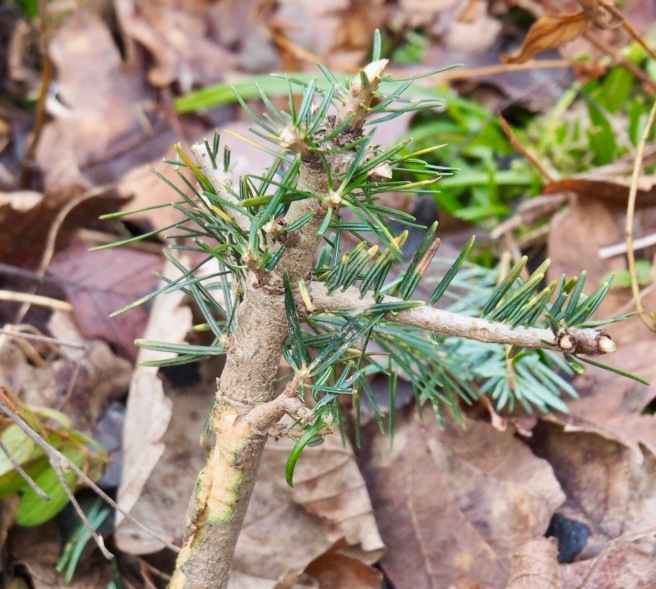 It was time to construct a rabbit-proof enclosure to keep them out:

With snow on the ground today, we couldn’t see any rabbit tracks within the enclosure so maybe this has worked: 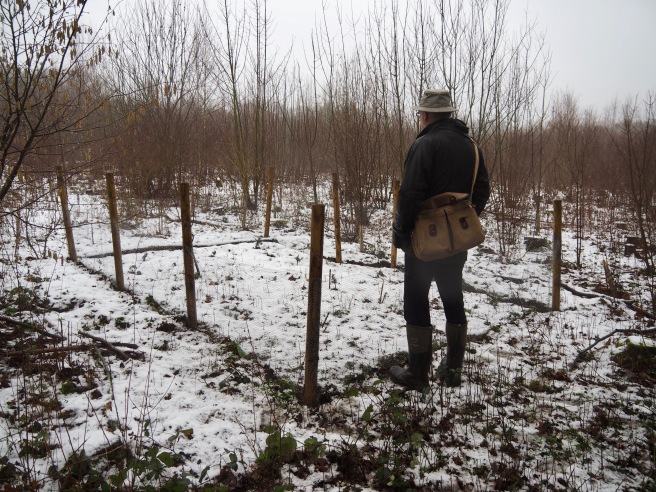 It is always fun to look for animal tracks when it has snowed:

Here are some more photos from the woods over the last couple of weeks: 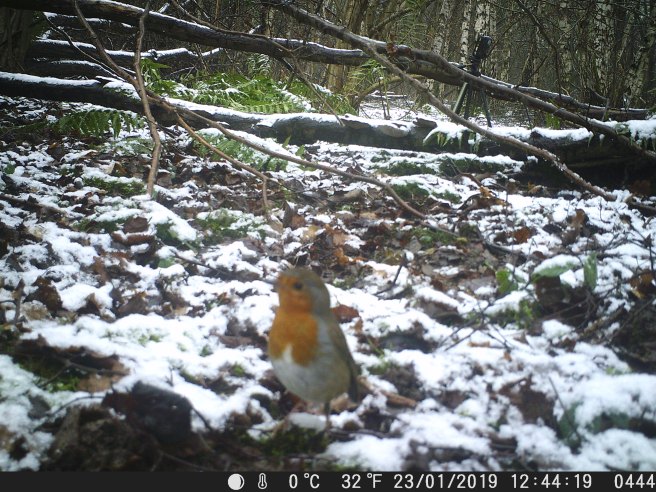 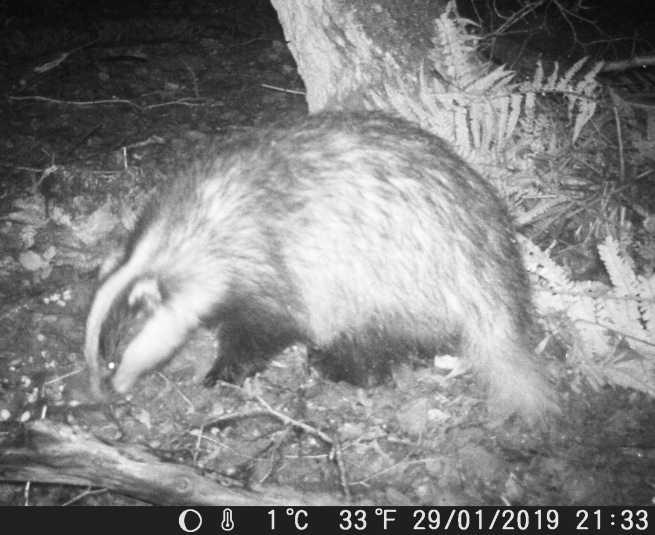 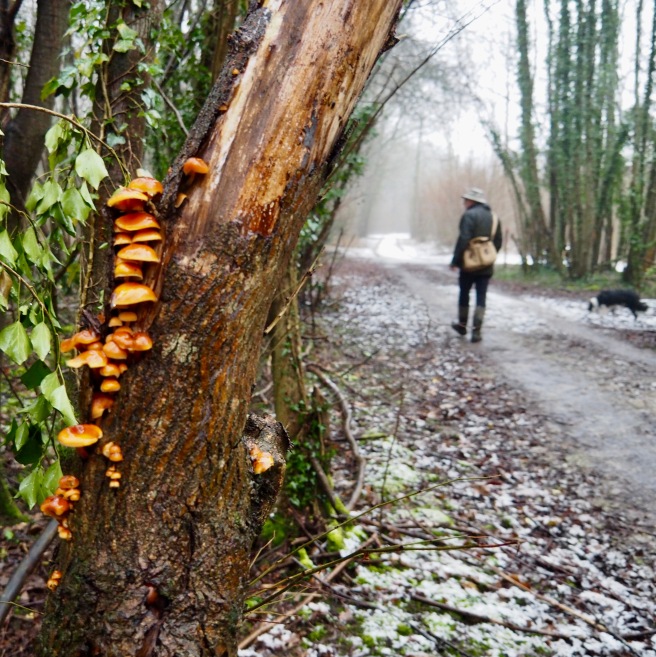 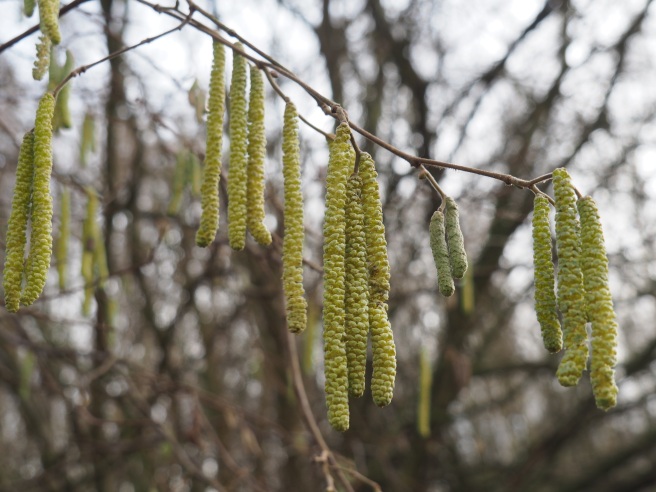 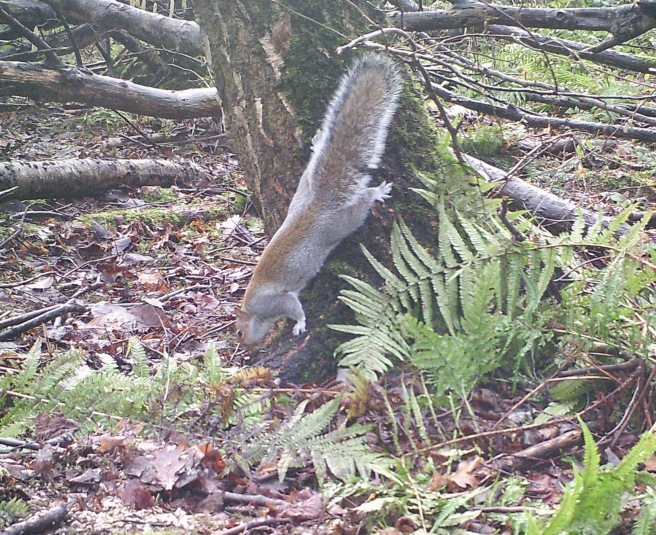 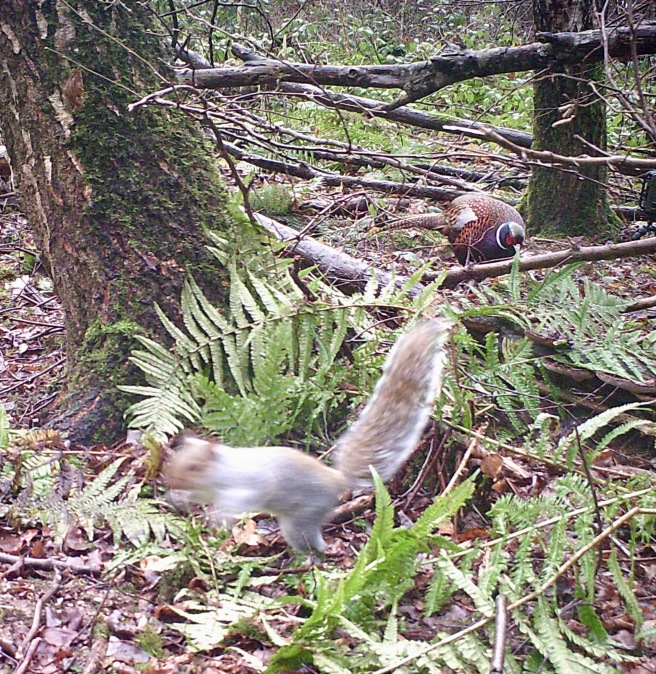 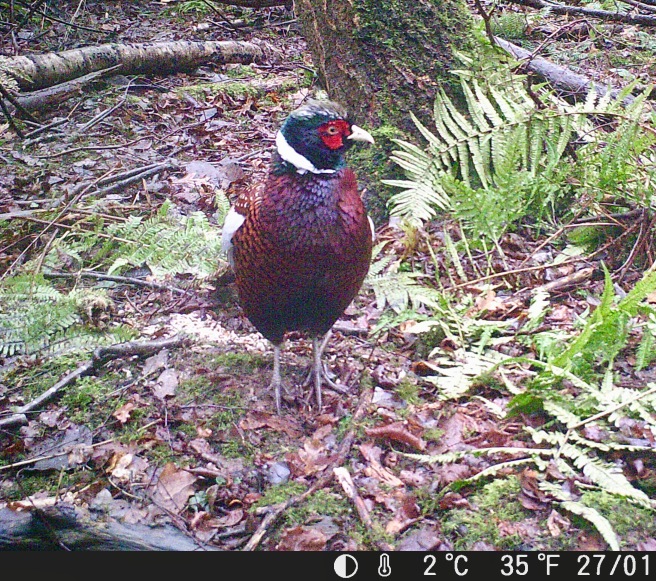 The Kestrel Box has now arrived and the next job over this coming weekend is to get that up. Should be fun.