The badgers continue to be enthusiastic consumers of the nightly peanuts, often visiting as a family group other than the male, who continues to live apart from them: 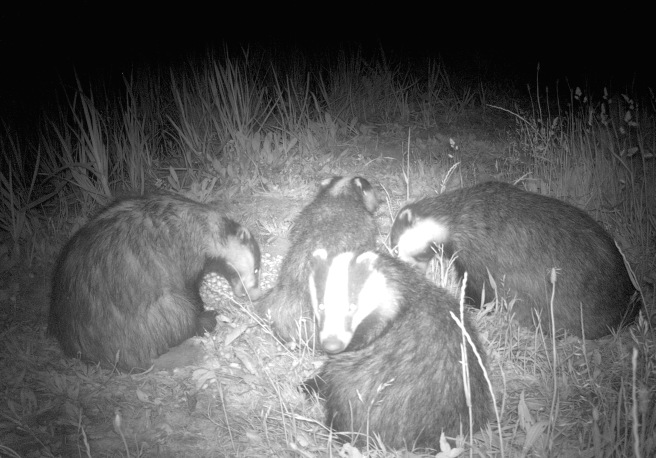 The foxes, too, visit in groups: 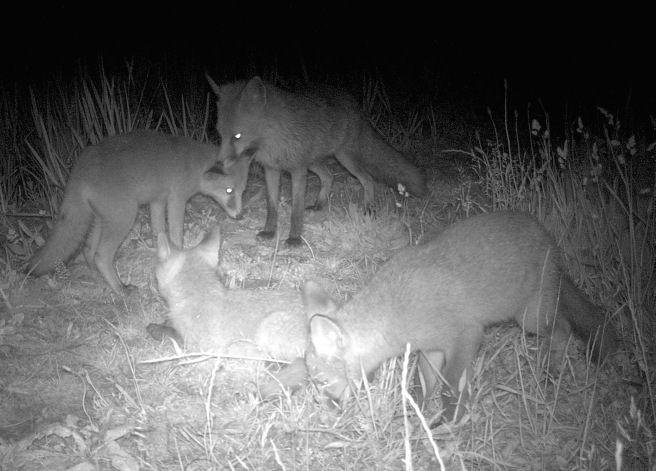 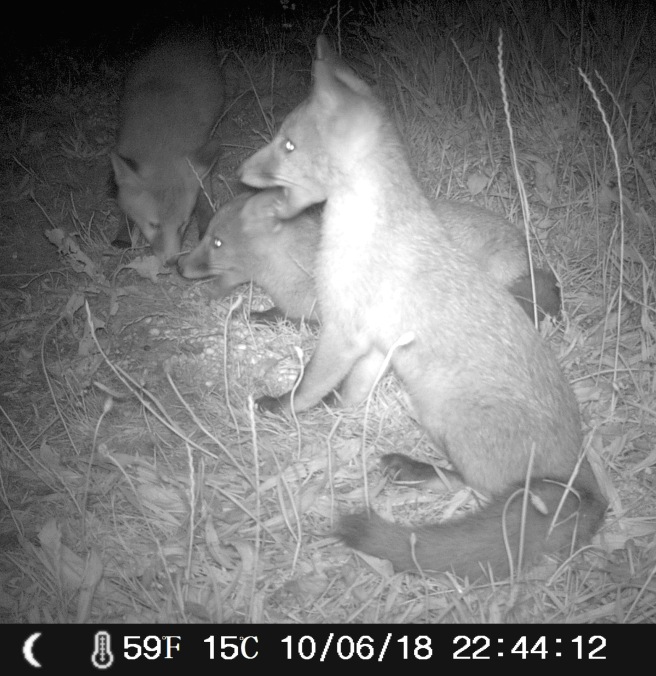 We also have a family of Magpies with some just-fledged young asking to be fed:

I don’t know whether it is just here, but we do seem to be having a very poor butterfly year. Very low Common Blue numbers compared to previous years and have just seen the one Small Blue Butterfly even though early June is meant to be their peak flight season.

However, we have been seeing and enjoying some wacky caterpillars:

Those two caterpillars above are obviously going for the tactic of advertising ones toxicity rather than trying to sneak under the radar. However, the large number of Brimstone Butterfly caterpillars we have on our Alder Buckthorn trees go for the camouflage approach:

Just going to finish with this shot of the Turtle Dove strip with Linnets and fox enjoying the seeds we have put down. I’m sure all Turtle Doves will have arrived in the country by now and so this project has not succeeded in its primary purpose, but many other species such as these Linnets will be benefitting from this additional food.